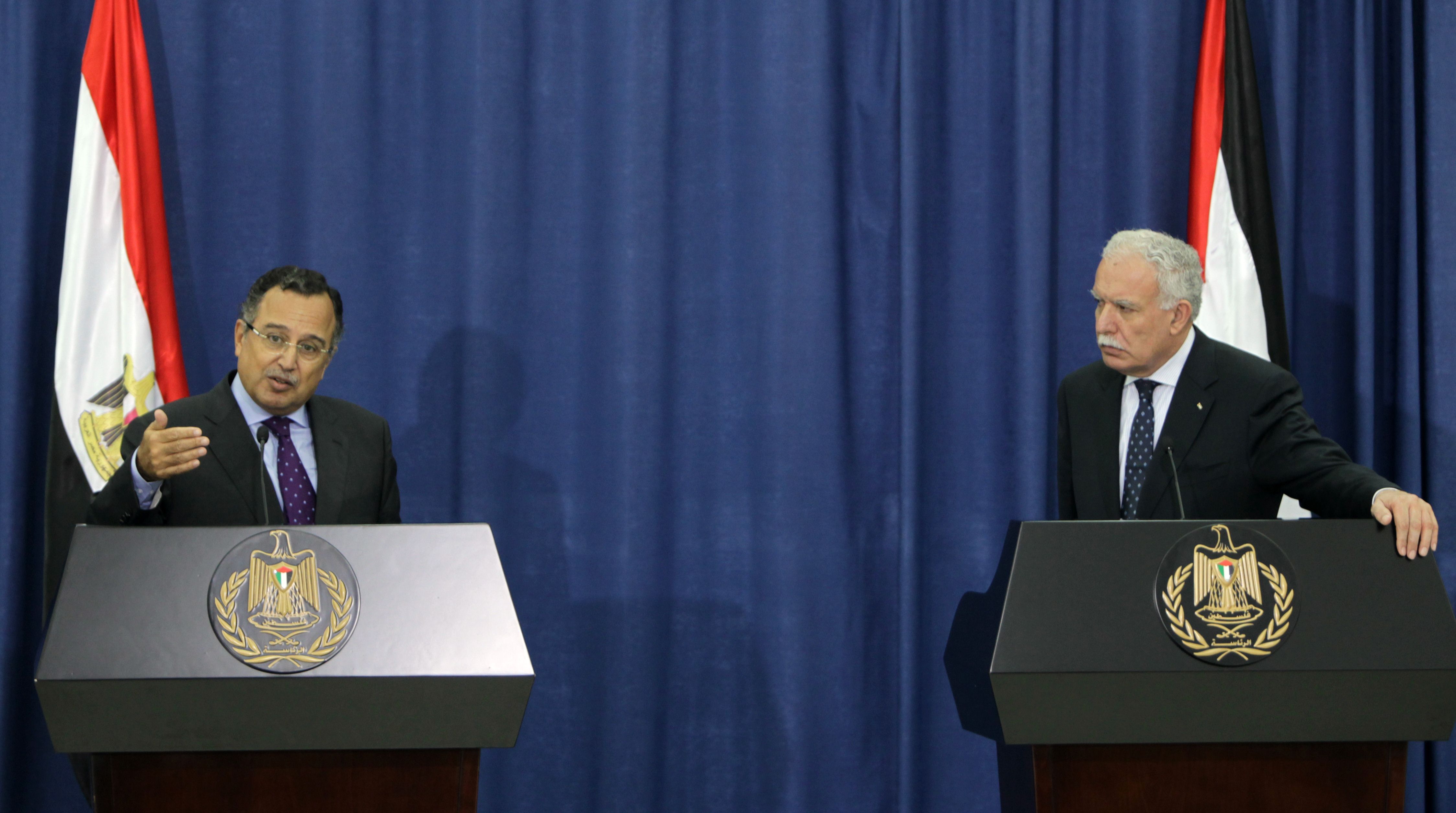 Nabil Fahmy is expected to convey Egypt’s support for the Palestinian position on a visit to Ramallah on Monday, according to the official spokesman of the Ministry of Foreign Affairs.

The interim minister of foreign affairs is expected to meet Palestinian President Mahmoud Abbas in the West Bank. Official spokesman for the ministry Badr Abdelatty confirmed the pair would meet and that Fahmy would convey “Egypt’s support for the Palestinian position” in light of the current negotiations between the Palestinian and Israeli sides.

Fahmy will reiterate that Egypt’s stance has not changed on the issue and supports the establishment of a “viable independent state based on the 1967 borders with East Jerusalem as its capital,” said Abdelatty.

On Monday morning Fahmy said on Twitter: “The Palestinian issue will always remain in the Egyptian political conscience, and Egypt will actively support the Palestinian right.”

AFP cited a Palestinian official on Monday saying that a scheduled meeting between the Palestinian and Israeli negotiating teams had been cancelled in response to the Israeli security forces shooting dead three Palestinians during clashes in the West Bank early on Monday morning.

Israel and Palestine agreed to engage in direct final status negotiations in July. A few days after the United States Secretary of State John Kerry made the announcement Israel announced that it had approved the building of new settlements in the West Bank. Egypt immediately condemned the decision.

Fahmy is visiting Ramallah on the back of consecutive visits to Sudan, South Sudan and Jordan. Abdelatty said the minister is “addressing files of national security.” Abdelatty stressed the importance of communicating with neighbouring countries. In Sudan and South Sudan Fahmy discussed Egypt’s water security and in Jordan Fahmy discussed bi-lateral relations and regional issues, including Palestine and Syria.