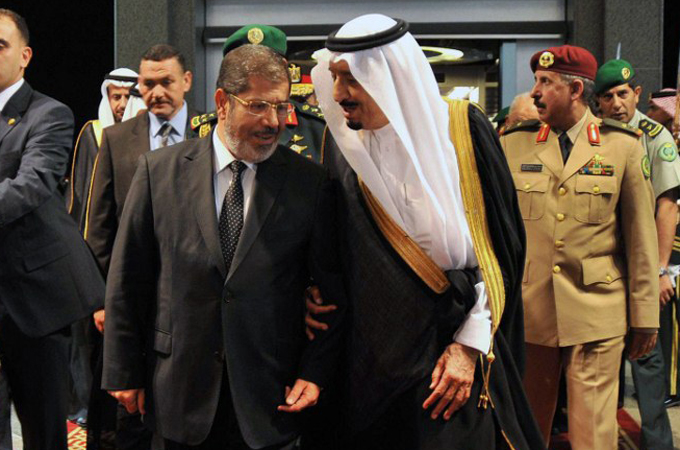 Robaish said: “The latest crime of the son of Al-Saud was standing with the secular forces against Morsi’s government,” adding that Saudi leaders have provided billions to support “Tamarod’s government, a movement that has rebelled against not only Islam, but also against God.”

He accused the Saudi king of “false legitimacy” and of changing school curriculums to “favour the crusaders.”

The Saudi government has expressed its support to the new Egyptian government and pledged a $5bn aid package soon after the ouster of president Mohamed Morsi.  On 3 July King Abdullah bin Abdulaziz Al-Saud said the Egyptian armed forces have driven Egypt out of a “complicated tunnel with many dimensions.”

Ibrahim Al-Robaish was a former Guantanamo Bay detainee who was released to Saudi Arabia in 2006, where he was enrolled in a rehabilitation programme from which he then escaped, fleeing to Yemen. He was listed at number 11 in a Saudi most wanted terrorist list. He is now Al-Qaeda’s top “ideologue”.