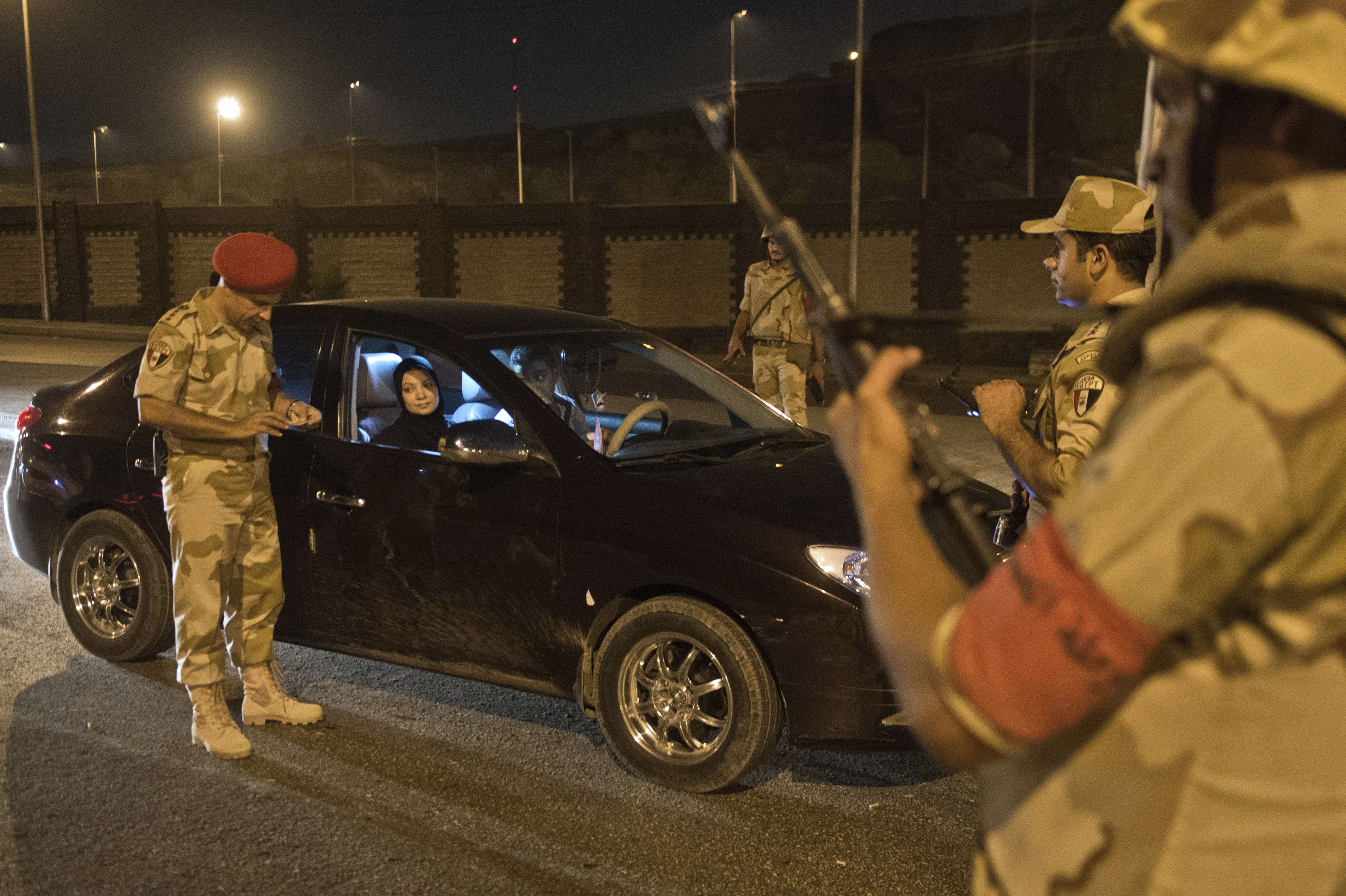 A civilian doctor is facing trial at the North Cairo Military Prosecution on Wednesday after getting into an altercation with military personnel from an Ain Shams security checkpoint last week.

The doctor, Abdel Rahman Khamis, is accused of insulting the military institution and assaulting a public employee during his duty hours, according to Al-Haqanya Centre for Rights. Al-Haqanya added, in its statement about Khamis, that he was referred to investigation last Wednesday amid the absence of a lawyer and was then detained pending trial.

57 civilians, mostly supporters of ousted president Mohamed Morsi, are facing military trial at the Agrud Military Court in Suez after the clashes which took place on 14 August in Suez. The detainees faced trial on Monday, Hassan said. Their verdict was postponed until next Tuesday.

The detainees are accused of assaulting military personnel, torching armoured personnel carriers (APCs) and attacking military institutions, Hassan said. She added that the charges against them are the same charges civilians facing military trials usually face.

Two doctors, two technicians and one nurse at Al-Arish hospital are all facing trial at the Ismailia Military Court. The five detainees were arrested on 24 July after the military airport was allegedly shot at from the hospital by militants.

The suspects are believed to have facilitated the entrance of the militants into the hospital, Ahmed Hussein, Doctors’ Syndicate board member, told No Military Trials. They are accused of attempted murder. The five detainees’ verdict was postponed to Sunday.

Hassan stated that the authorities are exercising unusual arbitrariness against the military detainees. She said they aren’t allowed visits or even food transfer, adding that the lawyers who were sent to provide them with legal advocacy were extensively searched before being granted access to their locations.

The Suez military prosecution ordered the detention of Kamel Taleiba, a leading Salafi Jihadist, for 15 days pending investigation, reported state-run news agency MENA. Taleiba was allegedly in possession of several maps of Suez institutions at the time of his arrest. He is accused of inciting and taking part in the torching of armed forces’ ACPs as well as churches.

Last week, the Suez military prosecution detained nine Morsi supporters for 15 days pending investigation. The detainees included a leading Al-Jamaa Al-Islamiya figure in Suez, Fawzy Al-Kordy and Salafi leader Mustafa Houras. They were charged with inciting the burning of Al-Ra’ei Al-Saleh Church and the Latin Church in Suez, as well as inciting the torching of APCs. They were also accused of contributing to the shooting on protesters and armed forces in Suez.

Since Morsi’s ouster and the takeover of the state by a military-backed government, Hassan said no more than 100 civilians were subjected to military tribunals. In September 2011, almost seven months after the Supreme Council of the Armed Forces took over the state’s affairs, No Military Trials announced that at least 12,000 civilians were subjected to military tribunals.

“The relatively small number of military tribunals’ victims this time doesn’t reflect the armed forces’ withdrawal from its practices or its belief in the unjust nature of military trials,” Hassan said. “They’re only keeping the numbers small because they don’t want Morsi’s ouster to look like a military coup for the international community.”

The army spokesman’s media office earlier stated that no one is referred to military prosecution unless the individual has committed a crime against the armed forces.

Article 19 of the constitutional declaration issued by interim president Adly Mansour, after the 2012 constitution was stalled, states that military judiciary specialises in all lawsuits which concern the armed forces.

Hassan said the 2012 constitution, and the most recent draft of its amendments, “constitutionalises” military trials of civilians in a manner which was absent in the 1971 constitution.

“This is disastrous,” Hassan said, adding that No Military Trials is actively opposing the article.