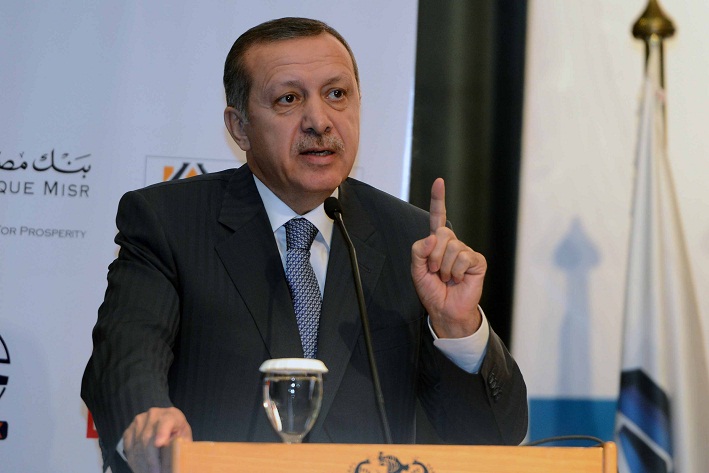 Egypt’s Ministry of Foreign affairs strongly condemned comments made by Prime Minister of Turkey Recep Tayyip Erdogan regarding his disappointment in Grand Imam of Al-Azhar Ahmed Al-Tayyeb’s favouring “leaders of the coup.”

The foreign ministry condemned Erdogan’s “continuous profaning of the Egyptian state’s institutions, against the backdrop of his support for the Muslim Brotherhood.”

The ministry called attacking Al-Azhar an “insult to all Egyptians” in a Monday statement.

“Perhaps this insult raises doubts about the significance and motives of Turkish officials’ continued attack on Egypt and its symbols after the 30 June Revolution,” said the foreign ministry.

“The foreign ministry calls on religious clerics in Turkey and the world to address these abuses and respond firmly and decisively in order to preserve the status of Al-Azhar, which is a beacon of tolerant and moderate Islam,” said the statement.

Media advisor Ahmed El-Moslimany said Erdogan was a “prisoner of military coups in his country, and does not want to know that there is a new term called ‘revolution.'”

The Council of Egyptian Churches also strongly condemned Erdogan’s comments in a statement from its secretary-general Fr Bishoy Helmy, according to state-owned Al-Ahram.

Egypt’s Catholic Church also criticised Erdogan, calling Al-Azhar a “central symbol of Islam in the whole world and a symbol to all Egypt with its Christians and Muslims.”

The Turkish prime minister has been an outspoken critic of former president Mohamed Morsi’s ouster in July.

Last week he claimed that Israel was behind the military-backed removal of Morsi from power, a comment criticised by the United States.

Ahmed Al-Tayyeb was strongly criticised by the Brotherhood and Morsi supporters for voicing support for Morsi’s removal.