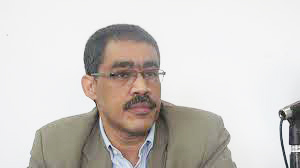 Interim President Adly Mansour issued a presidential decree on Wednesday with a new formation for the Supreme Press Council.

Mansour had ratified a bill drafted by the cabinet ordering the formation of an interim Supreme Press Council, answering the Press Syndicate’s demand.

Hanan Fekry, Press Syndicate board member, stated that at least two-thirds of the council’s formation were nominated by the syndicate.

“The syndicate nominated its representatives as well as the public personalities,” Fekry said. “The presidency appointed the university professors.”

“We thus agreed that this council formation, comprising of only 15 members instead of 50, would be an interim one,” Fekry said. The council’s mandate would elapse by the end of the Egypt’s current transitional period.

Fekry stated that the new formation is much better than the old one, issued by the now dissolved Shura Council in September 2012. The old council’s formation was highly criticised, with Abeer Saady, Press Syndicate board member, describing it as “flawed”.

“This is a professional council formation,” Fekry said. “The previous formation included members who had nothing to do with the press or with journalism.”

The new Supreme Press Council would take on the jurisdictions of the Shura Council, those regarding its control over the council itself. Saady earlier said the bill was suggested due to the dire need for a body that would manage the affairs of state-run press in the absence of the Shura Council.

Hussein Amin joins board of Journalism and Mass Communication Quarterly