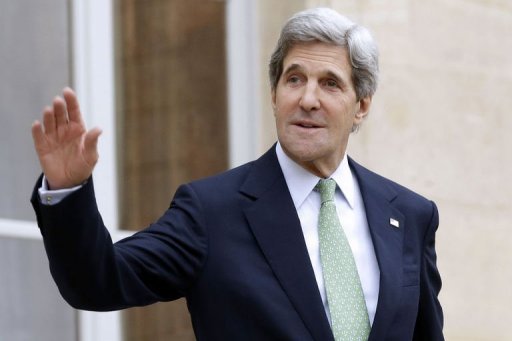 US Secretary of State John Kerry appointed diplomat David Satterfield on Friday to temporarily replace Anne Patterson who finished her tenure as US Ambassador to Egypt last week amid controversial reviews of her performance.

Satterfield will serve as Chargé d’Affaires at the US embassy, taking a brief leave of absence from his position as Director General of the Multinational Force and Observers, an international monitoring force in the Sinai; while Patterson, who served in Egypt for two years, will leave for Washington to assume her nomination as Assistant Secretary of State for Near Eastern Affairs.

Patterson departs as tensions between Egypt and the US are dramatically increasing. Since the ousting of President Mohamed Morsi by the military following mass protests, Patterson has been criticised by many Egyptians as being one-sided and sympathetic to the Muslim Brotherhood. Last week, the Arabic section of state-owned newspaper Al-Ahram published an article accusing the ambassador of purposely fomenting unrest in Egypt.

Patterson responded with an open and candid letter, saying the 27 August article in the newspaper was inciteful and calling the accusations against her “absolutely absurd and dangerous.”

“Make no mistake, false articles such as this one are a real threat to Egypt and to prospects for Egypt’s democratic transition,” she wrote, adding that she viewed Al-Ahram as a representative of the government’s viewpoint and would therefore protest the article to the highest levels of government.

This latest row comes as the Obama administration reviews its more than $1bn in aid to Egypt and increased American disapproval of military aid. The American administration has criticised the crackdown on Brotherhood and Islamist leaders and protesters by the military, while still trying to maintain its strategic alliance with its critical ally in the region.

It remains to be seen if Satterfield, who served in Iraq as a senior advisor to the Bush administration and helped to mediate Israeli-Palestinian peace talks, will be able to help allay these tensions during his brief stint in the ambassador’s position.

Swedish Ambassador Malin Karre is also leaving the country after five years of service. In a video message posted online Wednesday, the ambassador said that although she has seen increased violence, division and polarisation in the recent months she believes Egypt can overcome this.

“I don’t think that is the true Egypt I know, and I hope that one day Egypt will overcome this and will be on its road to a truly democratic and truly inclusive Egypt,” she said.