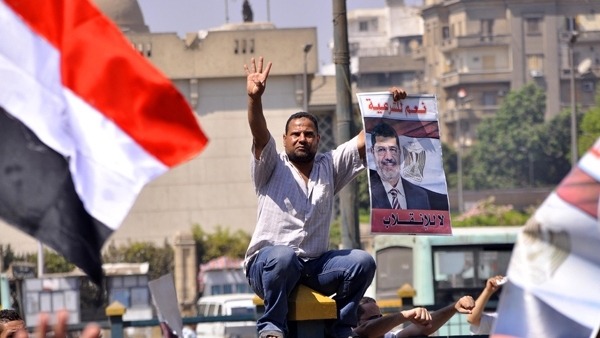 One army conscript was killed and three soldiers injured Friday night after they were shot by masked militants on a motorbike near a checkpoint in the El-Gamarek area of Port Said, according to the army spokesman’s office.

According to state-run Al-Ahram, the injured soldiers were transferred to the Port Said Military Hospital, and the Port Said Security Director, Adel Gad El-Haq, ordered the city’s entrances and exits to be closed.

The army spokesman’s office said that army and police forces are still looking for the assailants.

The attack follows clashes between residents and supporters of former president Mohamed Morsi in the El-Manakh Area, five kilometres from the site of the attack in El-Gamarek.

According to Al–Ahram, area residents clashed with a march in support Morsi on Friday afternoon, with both sides using stones, birdshots and firearms.

Gad El-Haq told Al-Ahram that security forces were able to control the clashes, which caused one death and 25 injuries.