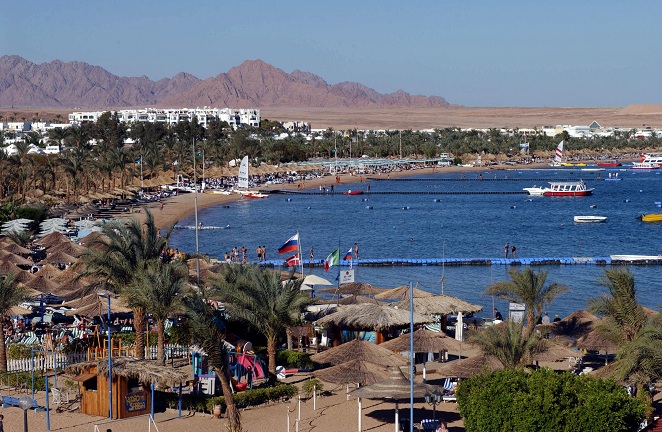 Occupancy rates for the Laguna Vista hotel in Sharm El-Sheikh have dropped from 90% to 18% since the dispersal of pro-Morsi sit-ins at Rabaa Al-Adaweya and Al-Nahda Squares last month, according to Ahmed Mohamed, official in charge of reservations at the hotel. He expected these numbers to remain the same until at least the middle of next month.

He stated that Russia and Italy have placed travel warnings on Egypt set to last until 25 September, which have led to an 80% decreases seen in the region’s hotel occupancy rates.

Hatem Munir, Secretary of the Red Sea Egyptian Hotel Association stated that tourist rates of those coming into Egypt have dropped to 15%.

He said that hotel occupancy rates for the Red Sea region as a whole have dropped from 80% to 35% since the forced dispersal of the sit-ins.

Despite the insistence of hotel managers in Hurghada that the city’s occupancy rates have remained stable, Munir stated: “total occupancy rates in the city currently do not exceed 35%; 15% are foreigners, with the remaining 20% being Egyptians”.

He stated that Egyptian tourism within the country had also begun to drop with the end of the summer season and the beginning of the upcoming school year.

He went on to say that a number of Turkish-owned Russian tourist companies, such as Pegas, have taken advantage of Egypt’s political crisis to redirect tourists to Turkey, and away from destinations within Egypt.

He stated that companies were monitoring the outcome of the 30 August protests called for by supporters of former president Mohamed Morsi, despite the fact that the Red Sea region has not witnessed protests like that of Cairo and Alexandria.

Wasim Mahi Al-Din, Chairman of the Alexandria hotel group San Giovanni, stated that the city’s current occupancy rates were currently between 25% and 35%, compared to 80% seen during the same season in previous years.

He stated that most of those currently staying in the city’s hotels were Egyptians enjoying their summer vacations, compared to previous years which saw large numbers of Arab tourists travelling from abroad.

Mahi Al-Din said he expected these rates to decrease even further to 10% in the days following the 30 August protests called for by supporters of the Muslim Brotherhood and Morsi.