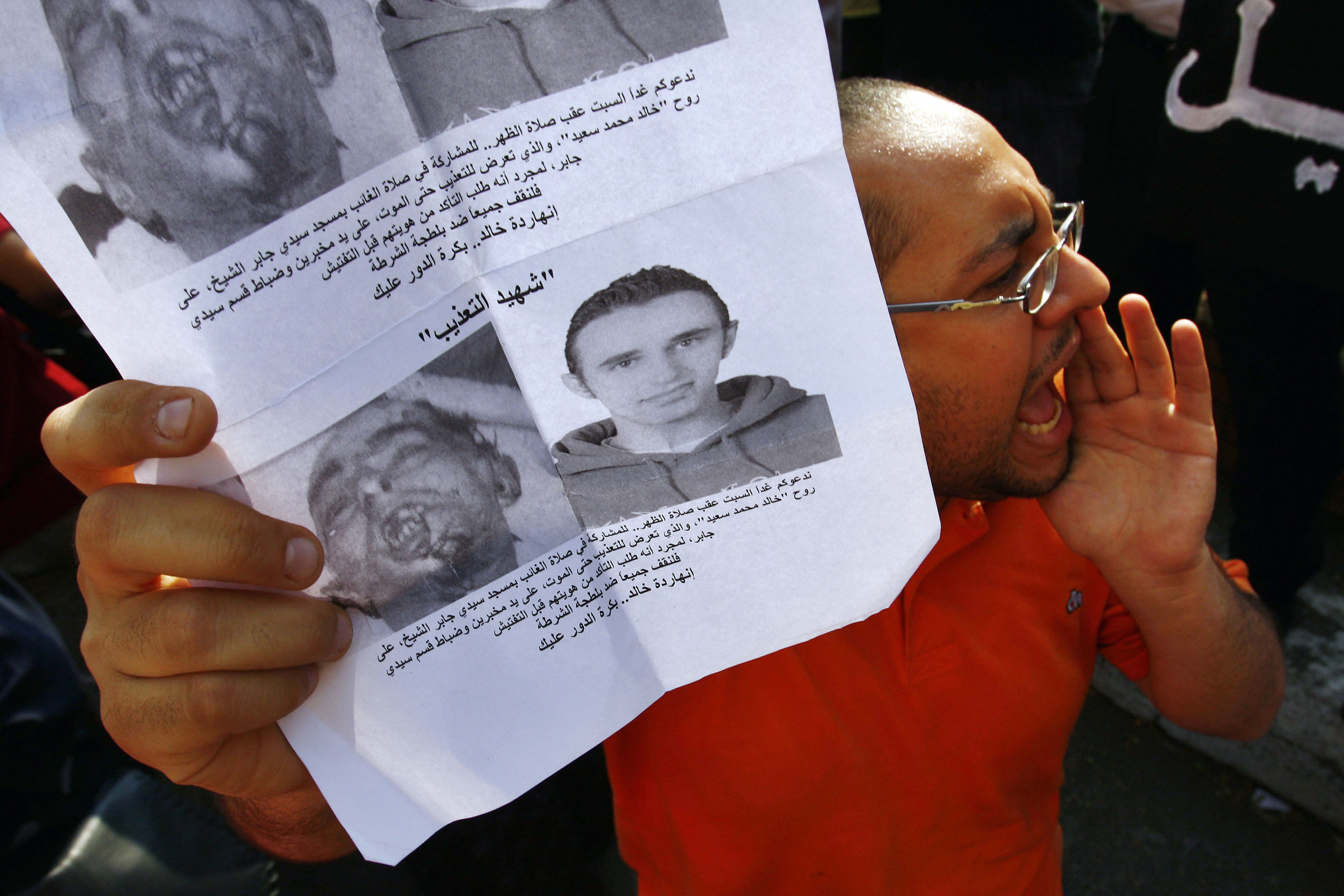 The Alexandria criminal court postponed on Saturday the hearing of pleas in the retrial of two former police officers charged with torturing and killing Khaled Said to 1 October.

According to state-run MENA, the defence asked the court to adjourn witness statements as well due to the absence of Said’s brother, a witness in the case, but the court refused.

The defendants, Mahmoud Salah Mahmoud and Awad Ismail Soliman, attended the hearing while a number of Said’s family members were present inside the courthouse, reported MENA.

On Saturday the parties heard testimony from main witnesses who were present during the time of the incident, according to MENA.

On 6 June 2010 Mahmoud and Soliman tortured Said after arresting him without cause in the Sidi Gaber area in Alexandria. The victim died after suffocating on a rolled up bag shoved down his throat.

The defendants were found guilty in October 2011 of unlawful arrest and excessive brutality, and were sentenced to serve seven years in jail. After appealing to the cassation court, the court ordered their retrial upon a different criminal tribunal.