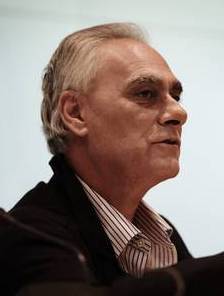 Winning the 2022 World Cup hosting rights has proven to be a mixed blessing for Qatar. The wealthy Gulf emirate, more than two years after world football body FIFA voted in Qatar’s favor, is under greater scrutiny than it ever has been and that it originally had bargained for. Qatar’s suitability as a host is being questioned, its labor system is under attack and some court decisions have earned it unfavorable publicity.

Writing in Arabian Business as FIFA prepares at an executive committee meeting in October to move the dates of the Qatari World Cup from summer to winter because of the emirates’ extreme temperatures in June and July, Gay Wright raised the specter of the unprecedented: “What if Qatar loses the 2022 World Cup?” That may be less far-fetched than meets the eye given that the losers in the race for the 2022 Cup – the United States, South Korea and Australia – could initiate legal action demanding a new vote on the grounds that a change of dates constitutes a change of the terms of the bid.

To be sure, the logic of granting Qatar the Cup made imminent sense. The Middle East and North Africa, a region where football has played a key role in national and social development since the late 19th century, has never hosted the world’s biggest sporting event. Much of the argument against Qatar amounts to sour grapes, unjustified arrogance, and bigotry.

Debate about a change of dates has opened the door to renewed questions about the integrity of the bidding process at a time that FIFA has yet to convincingly argue that it has drawn lessons from the worst series of corruption scandals in its 108-year old history. Qatar plays into that in two ways: FIFA’s executive committee voted in favor of Qatar despite its experts having raised technical issues, including the question of summer temperatures that sore beyond the 40 degrees Celsius mark, and FIFA President Sepp Blatter’s own implicit admission that a FIFA investigation had been false when it concluded that Qatar had not engaged in vote swapping with Spain and Portugal, which were bidding jointly for the 2018 Cup. Blatter conceded in a BBC interview that there had been a vote swap agreement, but dismissed it because it had produced no advantage for either party.

The incident constitutes the only confirmed case of potential wrongdoing but says more about FIFA’s concepts of integrity and upholding rules and regulations than about Qatar. This is true for much of the other suspicions that have been expressed about Qatar’s bid, including possible incentives offered to national football federations represented on the FIFA executive committee as well as the fact that the Gulf state allocated a significantly larger budget to its bid campaign compared to its competitors. All of that may raise ethical issues, but only goes to demonstrate that FIFA’s bid rules have gaps in it similar to Emmenthaler cheese and a political deal with former French President Nicolas Sarkozy that led to Michel Platini, head of European football body UEFA, voting in favor of the Qatari bid.

If most countries bid for mega sporting events as country branding exercises and potential boosts to their economy, for Qatar the cost-benefit analysis in allocating funds was one that went to its core defense and security concerns. Qatar, no matter how many sophisticated weapons it purchases, will never be able to defend itself. The 1990 Iraqi invasion of Kuwait taught it two lessons: big brother Saudi Arabia, unable to defend itself, is an unreliable guarantor. Confidence in the reliability of the United States has since also been called into question. The international coalition that came to Kuwait’s aid demonstrated that soft power and embedment into the global community at multiple levels earns one friends when in need. Qatar’s soft power is vested in sports and particularly football.

The ability to wield that soft power is proving to be more complex than Qataris expected. The sour grapes stemming from Qatar’s financial muscle, the arrogance of large nations seeking to delegitimize it on the grounds of it being tiny in population and territory, and anti-Arab and anti-Muslim prejudice threw up unexpected obstacles. So did the fact that the winning of the World Cup exposed Qatar to greater international scrutiny than ever before and made it more vulnerable to criticism by rights activists. The silver lining is that like the World Cup that imposes a timeline on Qatar’s massive infrastructure projects, it potentially offers the Gulf nation a straightjacket for inevitable social reforms.

Conditions for migrant labor that accounts for the majority of Qatar’s population has topped the agenda of activists with international trade unions and human rights groups threatening a boycott  of the World Cup and pressuring international infrastructure contractors to adopt global standards. The issue is more than simply capitalist exploitation or what the International Trade Union Confederation (ITUC) terms modern slavery. To Qataris, it is existential raising fundamental question about the nature, culture and identity of a society that is theirs but in which they constitute only 15 percent of the population. Ironically, Qatari leaders see sports as one way to strengthen national identity.

Nevertheless, the fact that the cost of maintaining an exploitative labor system and building walls between population groups goes beyond reputational damage was laid bare in a recent study by researchers of Weill Cornell Medical College in Qatar published in Perspectives on Public Health. Their research concluded that Qatar would be near the top of the United Nation’s Human Development Index (HDI) if adjustments were made for the country’s large population of migrant workers. That conclusion cuts to the core of Qatar’s soft power effort to project itself as a cutting edge, 21st century knowledge-based society. Similarly, a string of recent court cases and labor disputes have cast a shadow over Qatar’s effort.

James M. Dorsey is a senior fellow at the S. Rajaratnam School of International Studies, co-director of the University of Würzburg’s Institute for Fan Culture, and the author of The Turbulent World of Middle East Soccer blog.