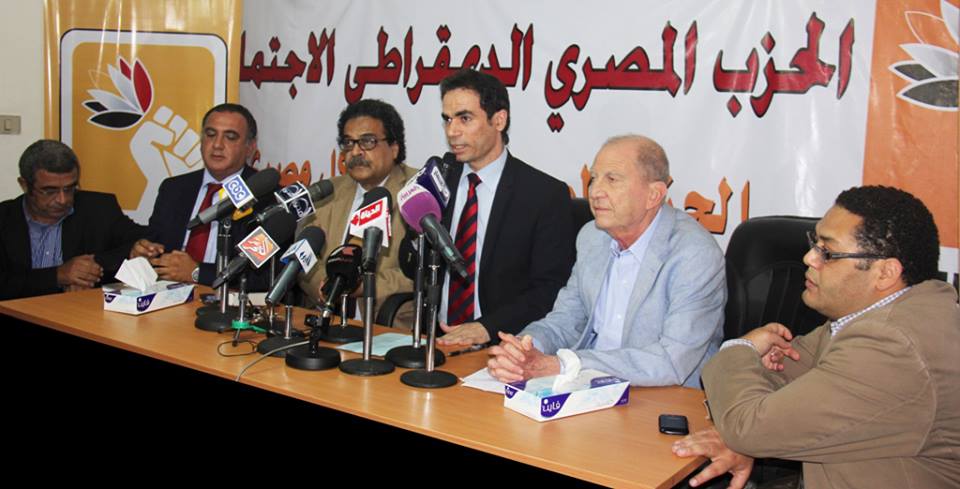 Dr Mohamed Aboul Ghar, Egyptian Social Democratic Party (ESDP) head and constituent assembly member, told Ahmed El-Moslimany, media adviser to the interim president, that holding parliamentary elections with single-member plurality system is a “disaster threatening the future of Egypt after the revolution”, according to the press release issued by Aboul Ghar after his party’s leaders met with El-Moslimany.

The press release read, that Aboul Ghar informed El-Moslimany that the single-member plurality electoral system will result in a “war” between people with wealth, to secure a parliamentary seat, “it will also result in excluding women and Copts, weakening elections’ transparency and making them susceptible to forgery”

In the press conference that followed the meeting, Aboul Ghar said that he asked the presidency, represented in El-Moslimany, to meet all political factions “without exclusion”, to reach solutions about issues such as the constituent assembly, future of Islamic political fronts and funding political parties.

Aboul Ghar added that his meeting with El-Moslimany addressed the party’s view on implementing the post-30 June roadmap, discussed the constituent assembly’s formation, and the electoral system by which the parliamentary elections will be held.

El-Moslimany said, in the press conference, that his meeting with ESDP leaders comes after being charged by Interim President, Adly Mansour, to explore different political factions’ views on various political and economic issues. He added that Mansour will meet the political factions to discuss upcoming steps in the roadmap, the constitutional amendments and future elections. El-Moslimany did not pinpoint a specific timeframe for these meetings, but said that they would be “soon”.

El-Moslimany asserted that the economic issues are the government’s main priority in this stage.