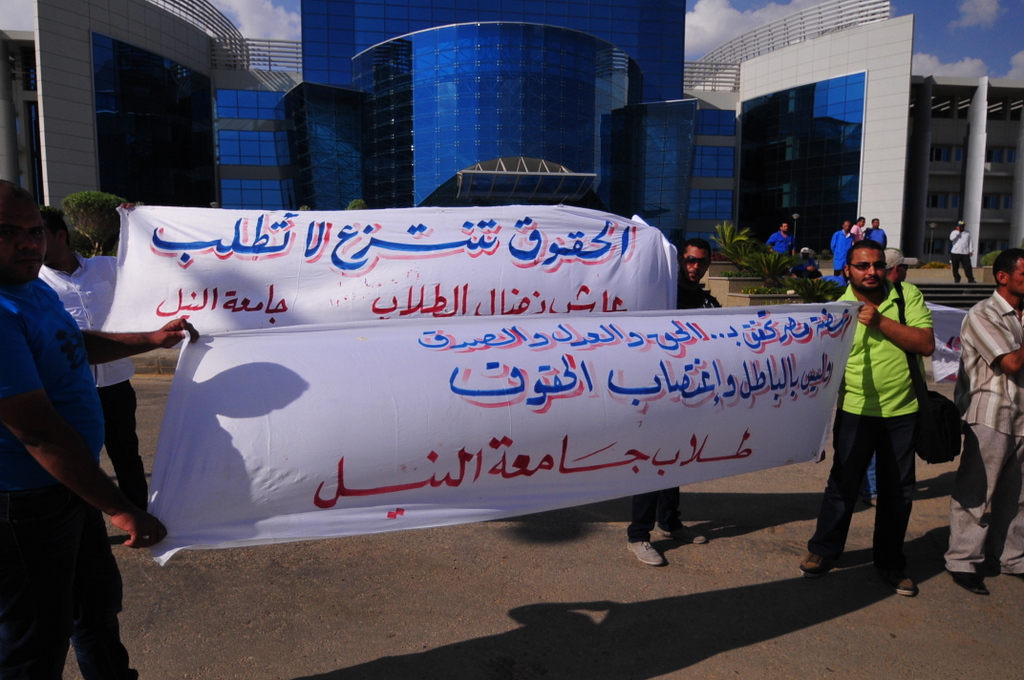 Nile University students, protesting what they called “illegal and immoral occupation” of campus buildings by Ahmed Zewail, said they would escalate and carry out protests on the disputed property on Monday.

In a statement issued on Thursday, the Nile University Student Union accused Zewail of “disregarding the future of hundreds of students, manipulating the dreams of the youth, and deceiving public opinion.”

In April the Administrative Court dismissed all challenges against a previous November ruling saying that Nile University holds the rights to lands and buildings that had later been given to the Nobel laureate’s Zewail Science City project.

However, the ruling has not been respected and the student union accused Zewail of maintaining an “illegal takeover” of the property.

“We’re not going to wait for anyone anymore,” said Nancy Mostafa, a protester and one of the Nile University students scheduled to begin the new semester on 25 September.

The students have protested on the premises before, but have been met with violence from both the police and local security, according to Mostafa, who emphasised that Monday demonstrations would come in response to a lack of governmental action to carry out the court ruling.

In 2011, the government of former prime minister Ahmed Shafiq awarded the land to the Zewail Science City, although it had already been allocated to Nile University. Court rulings stated that the land still belonged to Nile University, but the verdicts have not been implemented.