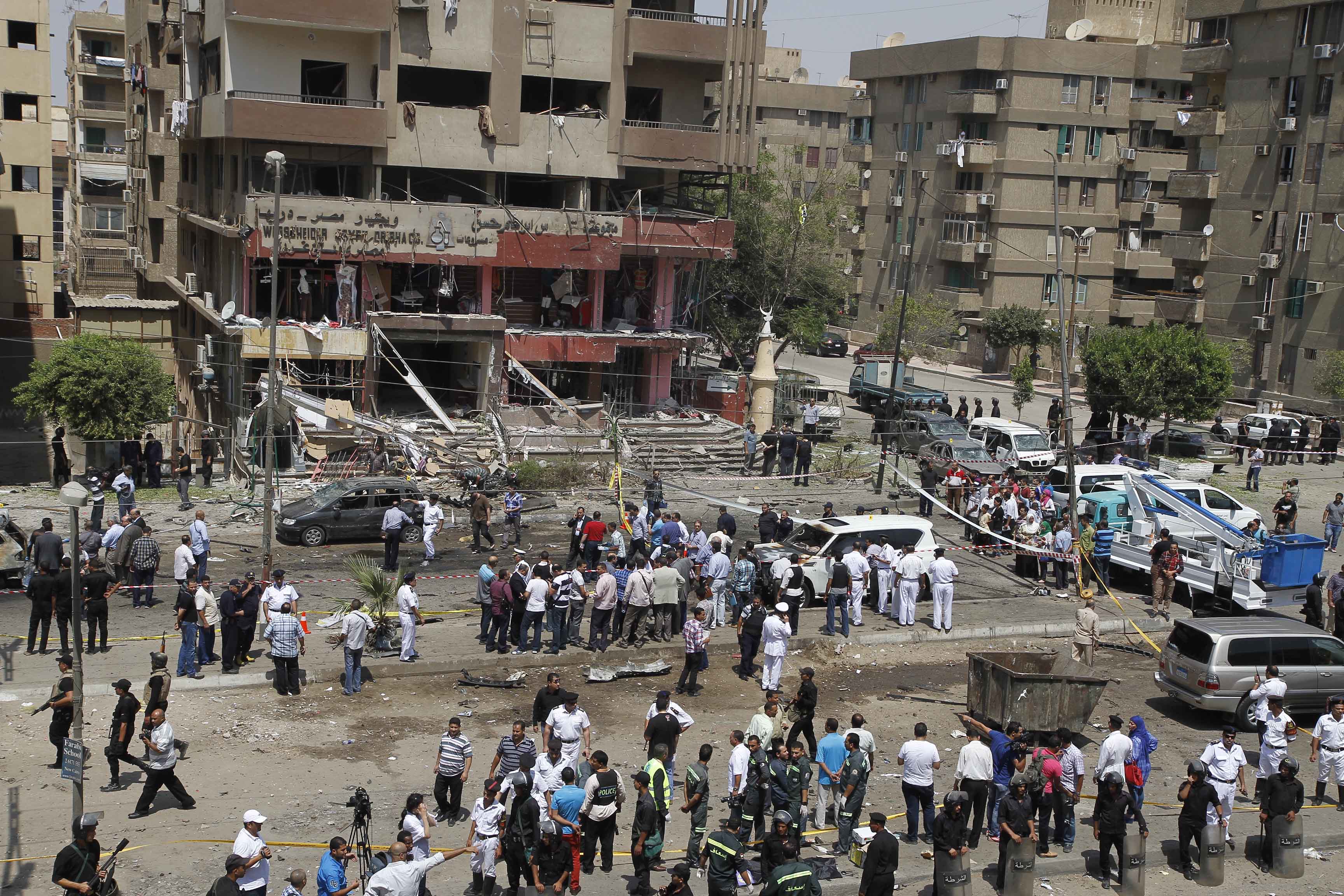 Ibrahim was en-route from his home in Nasr City to the ministry in downtown Cairo on Thursday morning when a large explosion occurred as his motorcade passed by a parked car.

The presidency stated it will not allow the return of “terrorism’s ugly face” to Egypt. In a statement released on Thursday, it vowed those who committed terror crimes will not go unpunished regardless of their affiliations.

“Such incidents would not hold back the state’s intention to move forward towards the future,” the statement read.

The attempt was also strongly condemned both by Minister of Youth Khaled Abdel Aziz and Minister of Culture Saber Arab.

The National Coalition to Support Legitimacy (NCSL), established to support ousted President Mohamed Morsi, condemned the attack stressing it is against any acts of violence even if they target “those who committed crimes against the people”, in reference to Ibrahim.

“The coalition expects the use of this incident to extend the state of emergency and expand the use of repression and arrests practiced by the putschist authorities …” the statement read.

The NCSL stressed it will hold on to peaceful practices while insisting on the restoration of “legitimacy”.

The moderate Islamist Al-Wasat Party also condemned the attempt on Ibrahim’s life, calling on the authorities to swiftly arrest those responsible for the attack. The party stated that restoration of rights can only be achieved peacefully, legally and in a legitimate manner. It also called on all state institutions and Egyptians to exert effort to achieve national reconciliation.

The Social Popular Alliance Party (SPAP) likened the attack to terrorist crimes Egypt had witnessed in the 1990s. The party stressed that combatting terrorism requires, besides security solutions, true democratic transformation to preserve the laws and the general freedoms.

The Free Egyptians Party (FEP) alleged that the assassination attempt is a conspiracy by the “fascist Muslim Brotherhood organisation” striving to “burn Egypt down” and continue its “organised chaos scenario” which it claimed is funded and supported by the Brotherhood’s International Organisation.

The United Arab Emirates’ foreign ministry strongly condemned the “terror crime” which targeted the minister’s motorcade, reported state-run Emirati agency WAM. In a statement released on Thursday, the UAE ministry stressed its support for the Egyptian state in facing “terrorism”.

The Kingdom of Bahrain released a similar statement also condemning the attack and supporting the Egyptian state, reported state-run Al-Ahram. Bahrain stressed its contempt of any acts of violence and terrorism regardless of their type or source.

Belgian Deputy Prime Minister and Minister for Foreign Affairs Didier Reynders stressed the importance of legally prosecuting those responsible for the attack, reported state-run news agency MENA. Didier stated that combatting terrorism cannot be effective unless it works in accordance to human rights.

British ambassador James Watt sent Ibrahim a letter expressing his condemnation of the attack the latter was subjected to, according to the Ministry of Interior. Watt reportedly stressed his solidarity with the ministry in procedures it shall adopt to combat terrorism.

Khaled Diaa Al-Din, attorney general at the State Security Prosecution ordered the conducting of DNA tests on the remains found at the scene of the explosion, reported MENA. The DNA results are expected to indicate whether the remains belong to any of those injured during the explosion or if they belong to a possible suicide bomber who conducted the attack.

The Ministry of Interior stated on Thursday it believes that the assassination attempt on the Minister of Interior was “likely to be a suicide bomb.” The ministry believes “terrorist elements” to have been involved.

The Ministry confirmed in a statement on Thursday afternoon that the blast injured a total of 21 people, some of whom are in a critical condition. Ten policemen were injured, four of whom are officers, and 11 civilians. Among the civilians injured is a seven-year-old boy who lost his foot as a result of the explosion.