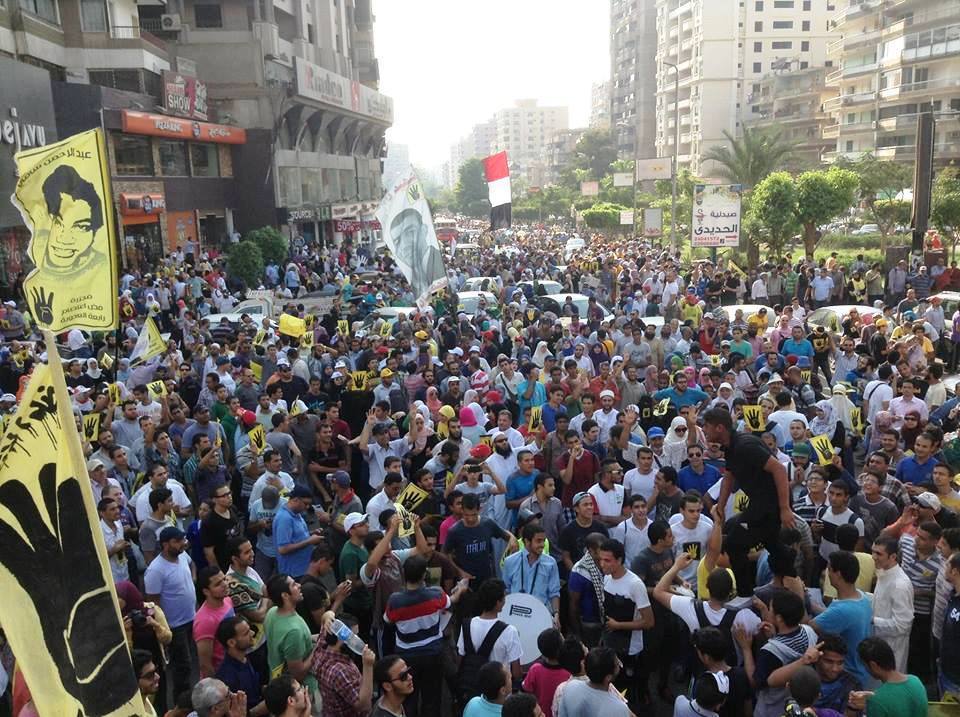 Supporters of ousted president Mohamed Morsi took to the streets on Friday in nationwide protests condemning what they described as a “military coup” conducted against his regime.

The Anti-Coup Alliance, established to condemn the “coup” and call for Morsi’s reinstatement, stated protests were also held in Ismailia, Sharqeya and Minya.

The Freedom and Justice Party (FJP) originally organised marches to take off from Al-Qaed Ibrahim mosque, Sidi Beshr mosque and Al-Tawheed mosque, all expected to converge near Stanley.

Clashes also erupted in the city of Mansoura, in the Dakahleya governorate, after a pro-Morsi march chanting against the army was allegedly attacked by unknown assailants, reported Al-Ahram.

In Suez, clashes erupted after a pro-army demonstration was allegedly attacked by Muslim Brotherhood Supporters, according to  Al-Ahram.

Morsi supporters have been organising nationwide protests every Friday since his ouster on 3 July.