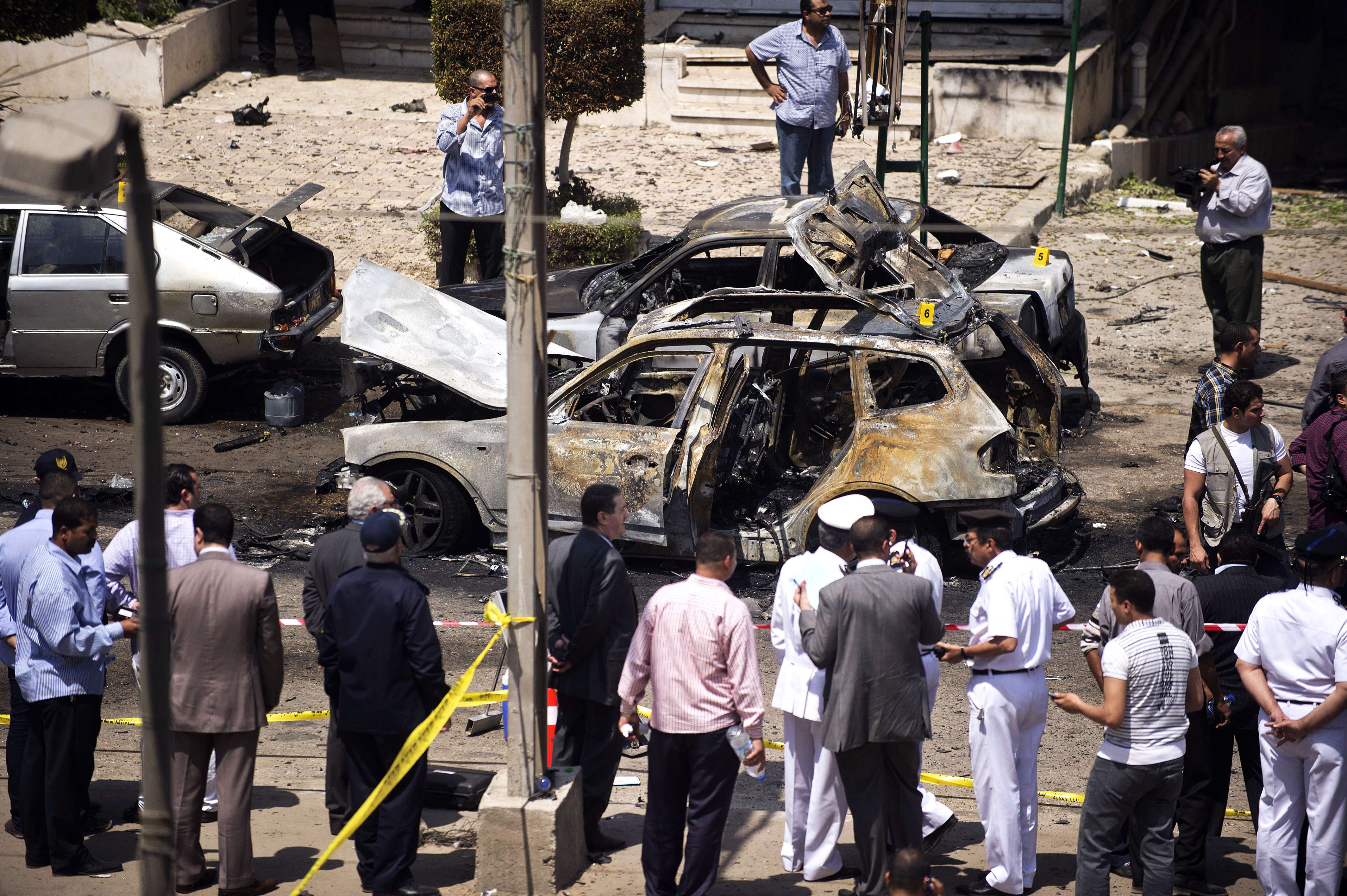 The assassination attempt on Minister of Interior Mohamed Ibrahim has left at least one person dead and 21 people injured according to state-run newspaper Al-Ahram.

Ibrahim was unhurt when a car bomb exploded near his Nasr City home around 10:30am on Thursday, but injuries were sustained by members of the minister’s guard and civilian passersby in a blast that tore off the facade of an apartment building’s first four floors.

News reports indicate that a British national was injured in the attack.  Deqa Hassan, 16, sustained injuries requiring her left leg amputated after being hurt in the explosion, reported the London newspaper The Independent.  British embassy spokesman Amir Othman said the embassy is aware of Hassan’s injuries, and is providing consular assistance.

No group has yet come forward to claim responsibility for the attack which has been widely condemned both domestically and abroad.  Egyptian parties across the political spectrum came forward immediately to decry the attack, as did members of the Arab League, the United States, and many other nations.

“The High Representative is greatly concerned about yesterday’s bomb attack on the Egyptian Minister of Interior,” read the statement.  “She deplores the casualties and her thoughts are with the families who have been affected. She condemns in the strongest terms all acts of violence, including extremist activities. Violence is never acceptable”

Further violence rocked the capital on Saturday when a grenade exploded in Giza’s Boulaq Al-Dakrour police station, according to Al-Ahram.  This is the second time that the police station has been hit with an explosion in a week.  On Monday, an improvised explosive device was thrown at the Boulaq police station from nearby Tharwat Bridge, injuring two construction workers.

Egypt has seen an upsurge in violence since supporters of deposed president Mohamed Morsi were cleared from sit-ins at Rabaa Al-Adaweya and Nahda Square on 14 August.  Sinai, in particular, has been plagued by continuous attacks from militant groups, including the massacre of 25 police conscripts near the Rafah bordering crossing on 19 August.