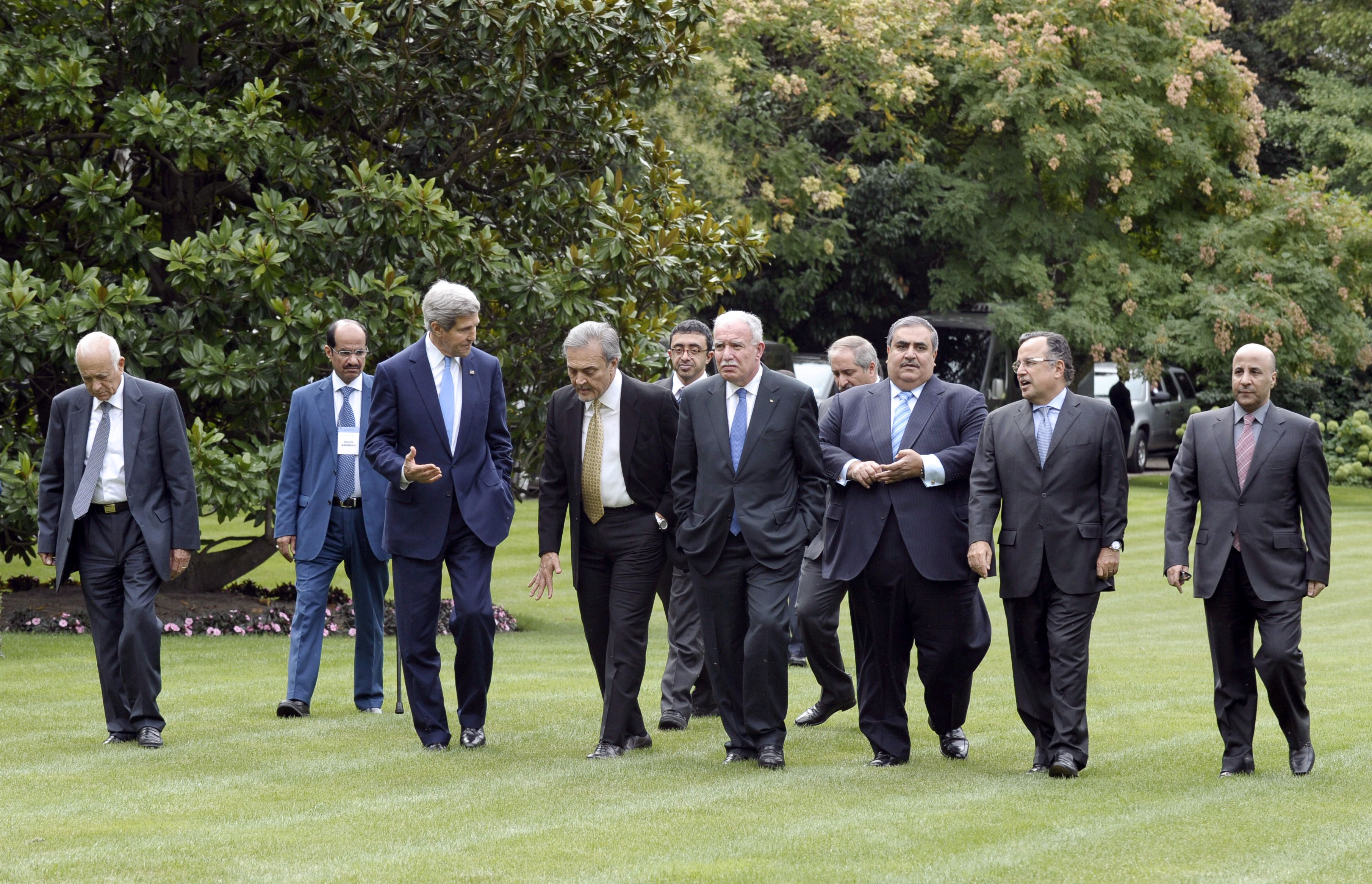 Nabil Fahmy stressed Egypt’s interim government’s commitment to the transitional road map in a meeting with US Secretary of State John Kerry on Sunday.

The Minister of Foreign Affairs met with his US counterpart in Paris ahead of a follow up meeting of participants in the Arab Peace Initiative, aimed at furthering the efforts for the Middle East peace process.

Fahmy and Kerry discussed the “current status of bilateral relations” with the US and “the developments of the situation in Egypt,” said the ministry spokesperson in a statement on Sunday. Fahmy confirmed to Kerry that the interim government is committed to following the road map set out by the armed forces following the ouster of former President Mohamed Morsi in July.

The pair also discussed the issue of the recently renewed Palestinian-Israeli peace talks, which is the stated focus of the Arab Peace Initiative meeting, although it is expected that the Syria conflict will dominate discussion. Fahmy and Kerry “discussed developments in the Syrian crisis in light of the latest escalation on the ground and internationally.”

Kerry’s visit to Paris is part of a tour of Europe which is regarded to be an attempt to drum up international support for a US military strike against Syrian regime targets in response to the use of chemical weapons in the conflict, for which the US administration holds the Syrian regime responsible.

Fahmy has stated recently that Egypt does not support a military strike on Syria, pointing out that a political solution is the only way to resolve the conflict. The Egyptian side has also highlighted that a strike should only occur with approval from the United Nations Security Council, in accordance with Chapter VII of the organisation’s charter. Russia and China both maintain permanent seats on the Security Council and are allied with the Syrian regime and have consistently vetoed resolutions on Syria.