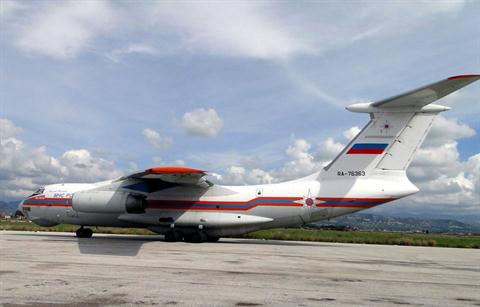 AFP – A Russian plane landed in the Syrian port city of Latakia on Sunday, the government said, as it seeks to evacuate its citizens from the escalating conflict.

The plane would collect citizens of Russia and other ex-Soviet states “who have expressed a desire to leave the zone of conflict,” Russian emergencies ministry spokeswoman Irina Rossius said in a statement.

It was not clear how many people would be evacuated on the flight but Russian news agencies said those who wanted to leave were already waiting at Latakia airport.

The flights come as expectations grow of Western military action against President Bashar al-Assad’s regime over claims it used chemical weapons in an attack outside the Syrian capital in August.

Latakia, a Mediterranean port city, is in a region dominated by the Alawite community, the Muslim sect to which Assad, his family and much of the regime’s elite belong.

Russia has evacuated hundreds of citizens on similar flights since the conflict began. It took 116 Russian citizens and nationals of other ex-Soviet states out of Syria on two flights in late August.

Russia has insisted it was not engaged in a full-scale evacuation of the many thousands of Russian passport-holders still believed to be in Syria.

However, Kremlin chief of staff Sergei Ivanov said on Thursday Russian warships currently in the Mediterranean could be used for the evacuation of Russian citizens.