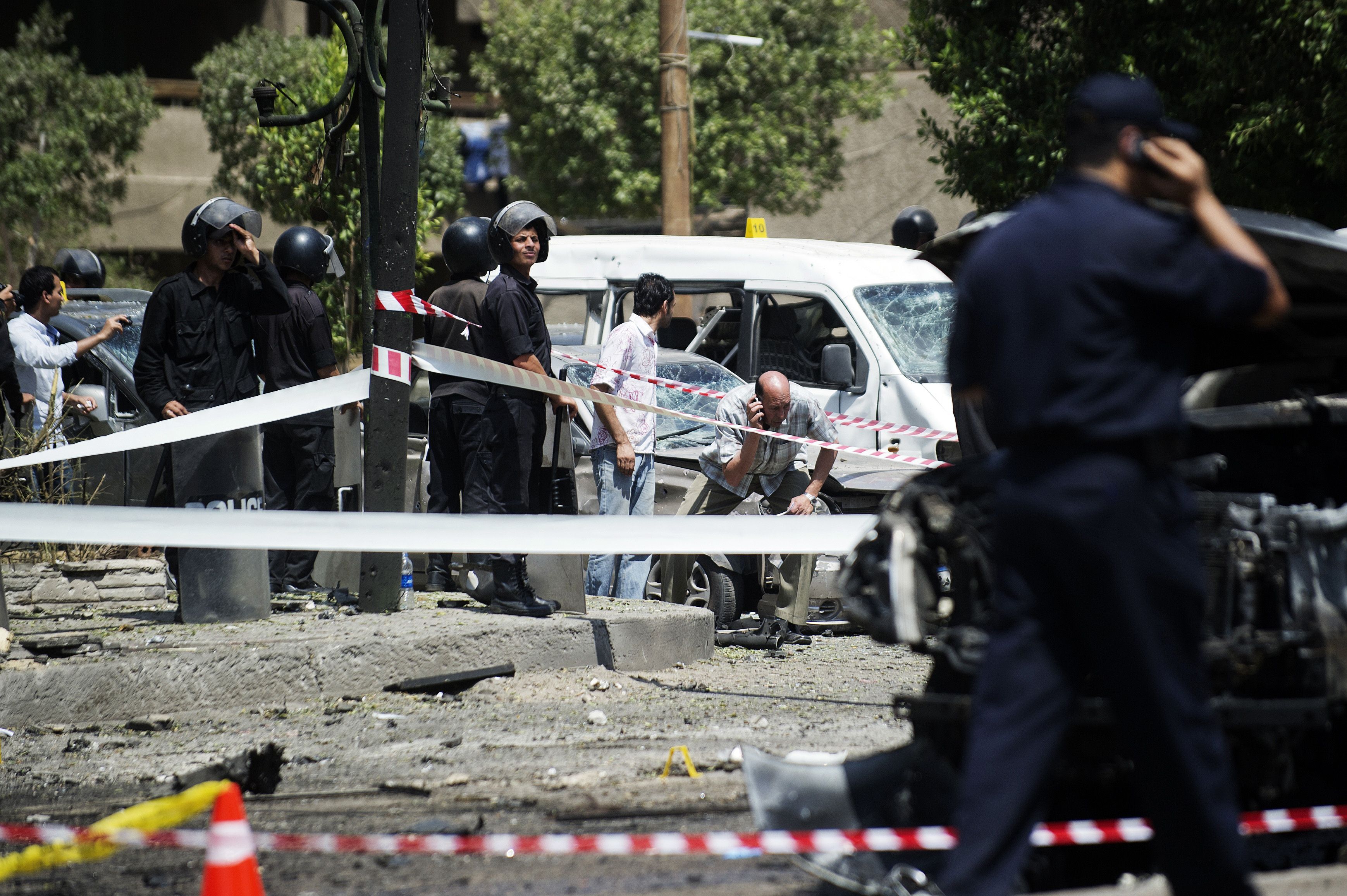 The Ministry of Interior’s media bureau questioned the authenticity of the claim made by Ansar Beit Al-Maqdis (Supporter of Jerusalem) that they were behind the attempt made on Minister of Interior Mohamed Ibrahin last Thursday.

“The statement comes five days after the assault which raises the suspicion of the group attempting at creating chaos and confusion” they said.

They also added that several branches of the ministry are operating in order to confirm the validity and authenticity of the claim.

The Jihadist group Ansar Beit Al-Maqdis (Supporter of Jerusalem) claimed responsibility in a Monday statement for the Thursday assassination attempt on Minister of Interior Mohamed Ibrahim.

The statement explained that the organisation was able to break Ibrahim’s security barricade through a suicide bomber who performed the “martyr operation”. The organisation threatened that although the attempt was a failure, more attacks will occur in the future.

The attack occurred on Thursday when a car bomb exploded near the minister’s Nasr City home around 10.30am. Ibrahim was unhurt but injuries were sustained by the minister’s guard and civilians nearby, while the blast tore off the facade of an apartment building’s first four floors.

Within the statement the group warned that they “will take revenge against all who contributed to killings of protesters, with Al-Sisi and Mohamed Ibrahim on top of the list” while calling all “Muslims to unite with their Mujahedeen brothers.”

The self described Jihadist group declared that they “are part of the Muslim nation in Egypt which denounces the massacres committed at the revolutionary guard headquarters, Rabaa and Nahda.”

The group decried security forces for “assaulting women while throwing people in prison in a precedent which has not occurred in Egypt in a long time.”

“The security forces are walking in the path of [Syrian President Bashar Al-Assad], attacking everything and everyone related to Islam.”

The Sinai-based organisation described itself as “a group trying to spread God’s religion in earth through Jihad,” saying they have denounced democracy “since the beginning,” calling it “a false ideology which stands against the rule of God.”

The statement directed a section to the media saying that they will not “relinquish” until they obtain “retribution against the corrupt media that produce fake news and incite killing.”

The group advised all “Muslims in Egypt” to stay away from military establishments and the ministry’s institutions to “protect their lives and properties.”

Ansar Beit Al-Maqdis previously released a statement in August following the attack on the Israeli city of Eilat saying that they had sparked “a new bright page of jihad against the Jewish criminals.”