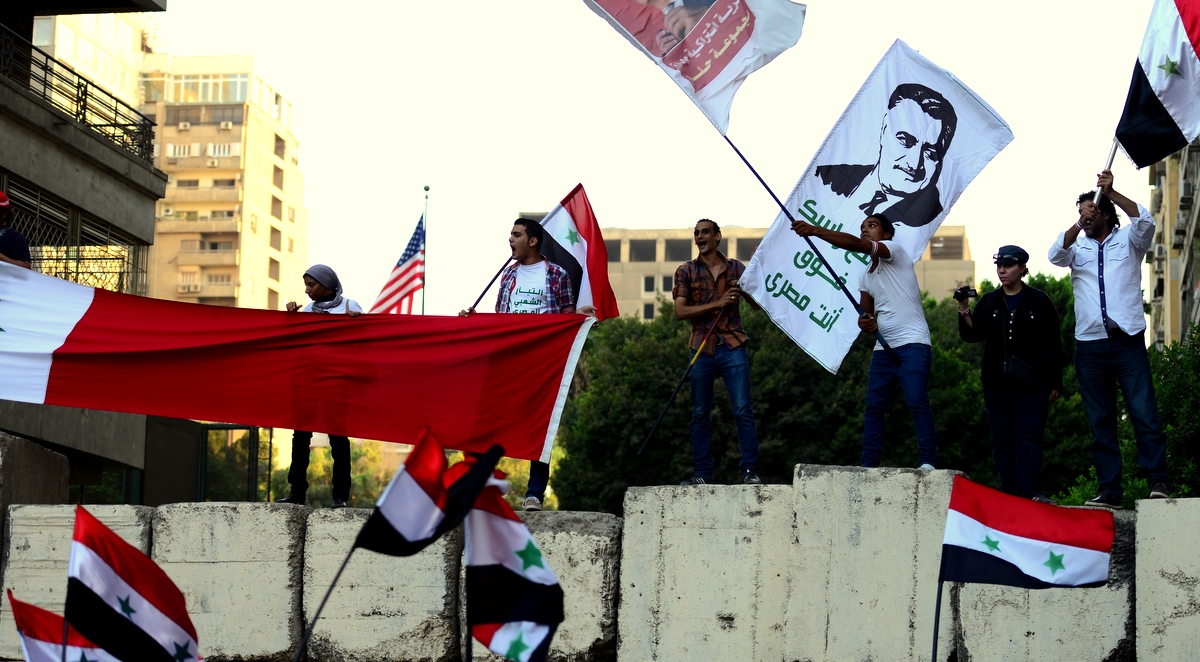 Demonstrators, composed of both Egyptians and Syrians, chanted slogans against United States President Barack Obama and the Muslim Brotherhood, and in support of Defence Minister Abdel-Fattah Al-Sisi.  A faction of people at the rally also chanted in support of embattled Syrian President Bashar Al-Assad.

The demonstrators marched to Simon Bolivar Square and congregated outside the wall blocking the street leading to the American embassy.  Protestors waved Syrian flags and banners with pictures of Egyptian President Gamal Abdel-Nasser—harkening back to the days of the United Arab Republic.