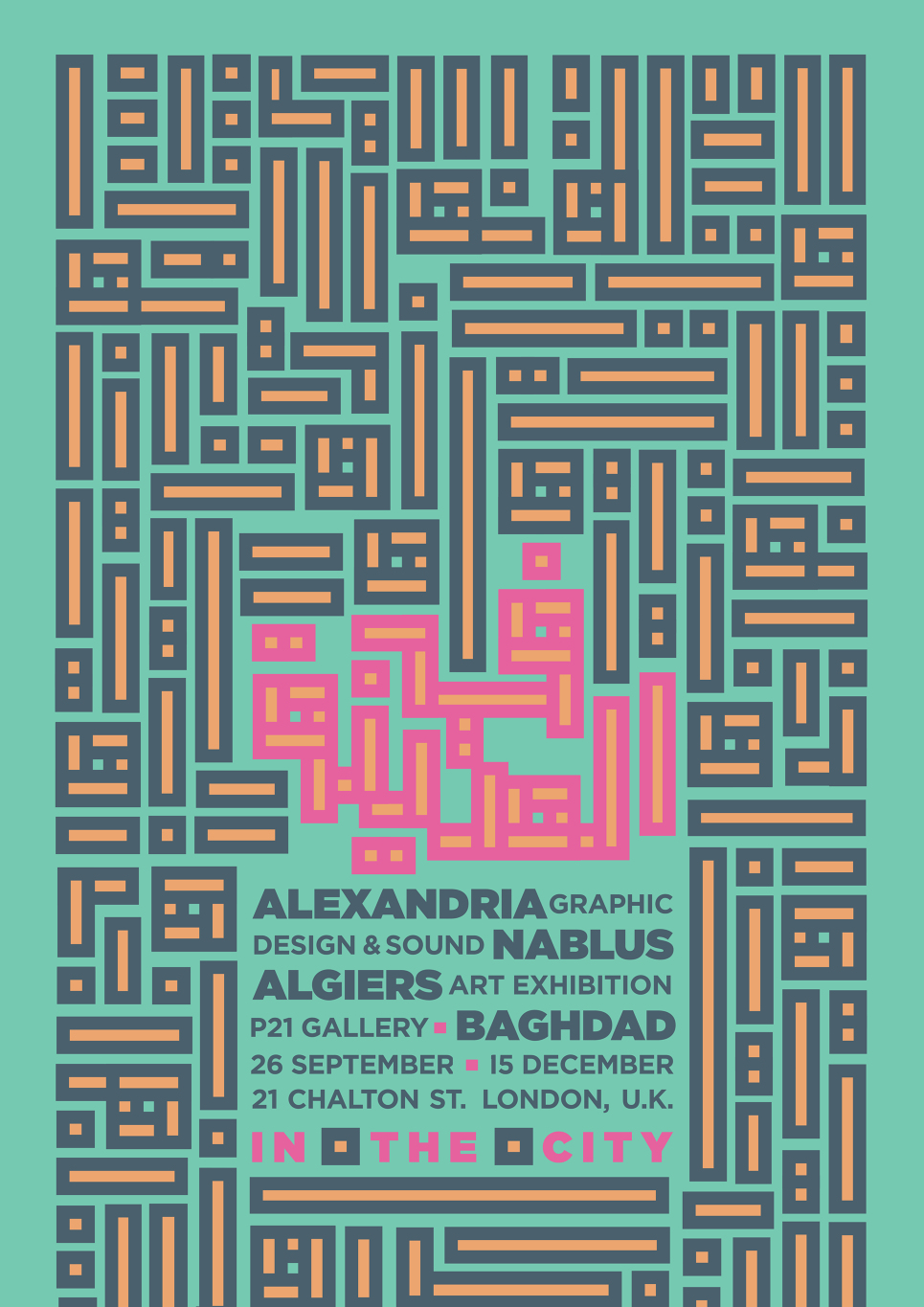 Design_atelier_, part of Kalimat Magazine, is organising an exhibition of local talented artists to be shown in London at the P21 Gallery. One of those talents is our very own comic artist Sherif Adel, whose Barbatoze comics can be viewed in the opinion section on our website and in various other publications. In addition, the exhibition will showcase the work of other Middle Eastern talents. We spoke with Danah Abdulla, the main organiser of the exhibition and the brains behind design_atelier_.

“The design_atelier_ was launched recently, although Kalimat has always been designed in-house. It felt like the right step to take as we were approached with a few projects. The idea is that it’s a collaborative studio: it’s mainly myself working with other cultural producers depending on the project. For Kalimat, it’s the staff that makes up the atelier. Some design work is solo, and others, like In the City, are collaborations between many individuals. It’s constantly rotating,” Abdulla explained.

Regarding the idea for the In the City exhibition, Abdulla said: “Contemporary art exhibitions about the Arab world are in abundance worldwide, but design is largely left out. What’s more, if there are any exhibitions around design, they are mostly relating to product or architecture. There are many Arab designers producing fantastic work in the graphic realm, and they are also experimenting with various mediums. Working on In the City gave us an opportunity to work on an exhibition that does not remove the work out of its context, which is largely what happens with design exhibitions.”

However, the idea morphed from its original structure: “It is an exciting thing that happens when you collaborate with others. Working with a large space like P21 took us back to the drawing board and it enabled us to develop a number of installations without making the space feel cluttered,” Abdulla explained.

When it came to organising the exhibition, Abdulla had a collection of artists that she knew through Kalimat. “I was familiar with a few people whose work I respected immensely. But only going after the immediate network was not something we wanted to do, so we took recommendations from people, and dug through portfolios, and then contacted cultural producers whose work we liked and discussed the ideas with them,” she said.

The selection process depended on how the artists meshed with the formulated concept: “It was a matter of looking at a designer’s portfolio and saying ‘okay, he/she is able to work with Arabic, has a strong use of colour, understands cultural elements quite well, etc.’. It was also about how well they understood the idea behind the exhibition and if we could collaborate with them. We didn’t want designers to see this as a brief from a client, we wanted to give them complete freedom to re-imagine and re-interpret.”

The exhibition will also include a sound installation. “When it came to sound, we had originally approached a number of sound artists, but quickly realised that it had to be one sound artist [only] working in the area to make sure the entire exhibition flowed well.”

The event will try to relay the atmosphere of modern Arabia: “We also wanted to integrate some elements that we felt were becoming part of the urban Arab city, such as skateboarding. I knew Mohammed Zakaria from Philadelphia Skateboards from interviewing him for Kalimat Issue 02, and it just made sense to work with him on a video for the exhibition.”

Not only is the collaboration in terms of the artists showcased, but also in the design of the exhibition itself. “Maria Portugal, a Product Designer whom I know from school (we are both doing our PhDs in Design at Goldsmiths), was an obvious match for the exhibition design. I loved her ideas, and we shared similar thoughts on many things so it just made sense to work together on this,” Abdulla said.

The choice of the gallery, which will show the installations, was another aspect of the exhibition organisation. “P21 Gallery opened recently (November 2012), and they were eager to work with new people on a variety of projects. They were particularly interested in doing something on design, and they asked me if I would be interested in producing something for the gallery,” Abdulla explained, “The space is very big which is quite challenging, but it’s really beautiful and I just saw a lot of potential in it.”

The exhibition will open at P21 on 26 September, and Abdulla is hoping it will tour other cities as well in the future.