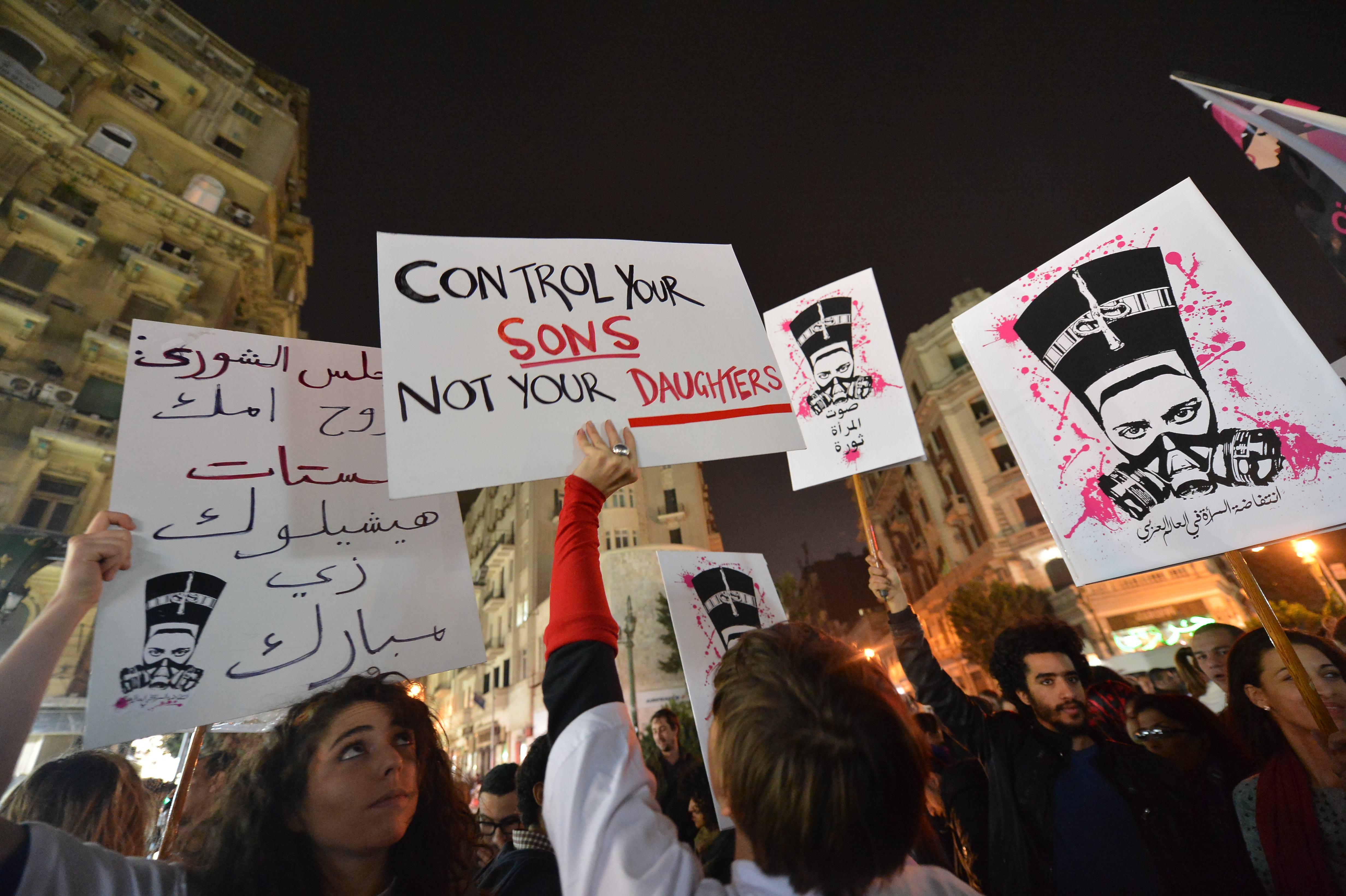 As women continue to face sexual harassment on the streets, women’s rights advocates say they are trying to push forward legislations and mechanisms to safeguard women from violence and discrimination.

Last month, a committee made of 10 legal and constitutional experts submitted an amended draft of the 2012 constitution. That draft is being amended by the Constituent Assembly, made up of 50 experts. The draft removed Article 219 from the constitution, an article which stated that “sources of the principles of Islamic Sharia are to be consulted when applying the constitution.”

Raywa Abdel Rahman, a co-founder of the Coordinating Mass Action for Egyptian Women movement said they rejected the article. “Any constitution has to be firm and strict,” she said, describing the article as flexible to many interpretations. As an example, Abdel Rahman noted that some believe principles of Sharia grant women the right to seek divorce from their husbands in return for monetary compensation in what is known as Khula’, while others may disagree.

Fathy Farid, the coordinator of the I Saw Harassment initiative said sexual harassment rates have not differed significantly since the 3 July removal of former President Mohamed Morsi. “All the time women are talking about not feeling secure on the streets. We need a law that criminalises violence against women,” he said.

Director of the Complaints Office in the National Council for Women’s Rights Fatma Khafagi said laws are not everything, but they are a basic step. She admitted that “there is a difference between laws and reality,” but added that laws can raise levels of awareness and awareness is a very important aspect, as well as education.”

However, Farid says “this is not the right time,” is a response he often gets from people he approaches with draft laws to protect women, even from people who are advocating women’s issues.

“We are currently at a critical stage,” he said. Farid believes issues that women face that must be prevented include being sexually harassed by policemen while they are lodging complaints stating that they have faced harassment. He added that there is also a need to respect the privacy and security of women who have been harassed. “The family of the harasser would attain all the personal data of the lady within 10 minutes and discredit her in society,” he said.

Abdel Rahman said that laws criminalising discrimination against women are just as important as those against violence; a view echoed by Khafagi.

Abdel Rahman pointed out that the Constituent Assembly has “five great women and men who are good when it comes to women’s rights” but said she hoped that there would be a portion of the assembly concerned exclusively with women’s issues. “We are forming pressure groups to push forward the economic, political and social rights of women,” she said.