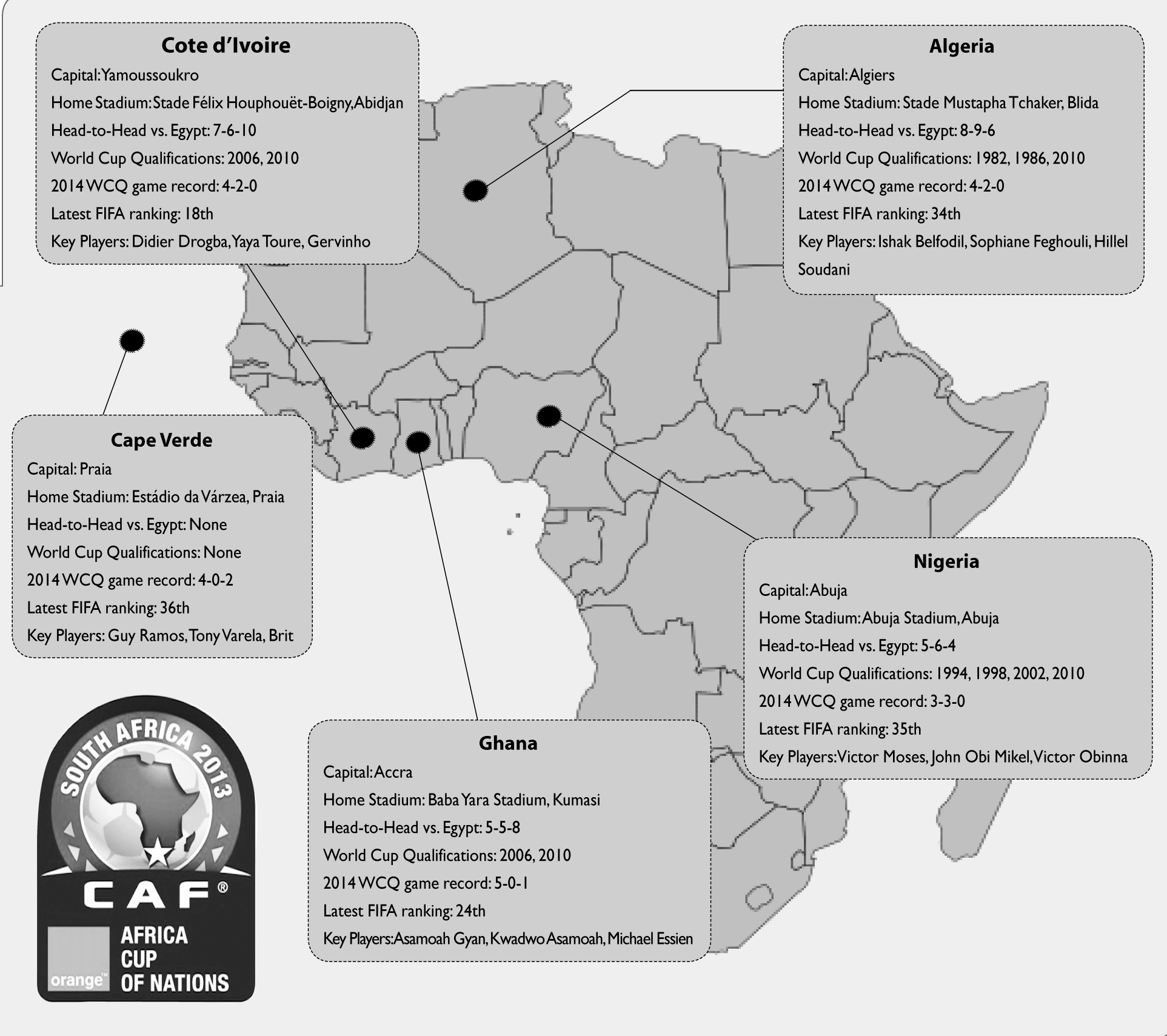 Following Egypt’s national football team’s qualification for the final round of the African 2014 World Cup Qualifiers (WCQ), the team expects, being second-seeded for the draw, to face one of the five first-seeded teams. The draw will be held in the headquarters of Confederation of African Football (CAF) in Egypt on Monday.

The first leg of the home-and-away fixture will be held on 11-15 October 2013, while the second leg will be played on 15-19 November 2013. The aggregate winner of the fixture will qualify for the 2014 World Cup, which will be held in Brazil.

The Elephants, one-time African Nations Cup champions, are currently ranked as the top African team by FIFA. Their star-burst frontline will pose a real threat to the Egyptian chances. Cote d’Ivoire qualified from Group C, which included Gambia, Tanzania and Morocco.

The Black Stars, ranked second in Africa, qualified from Group D, which included Zambia, Lesotho and Sudan. The Ghanaians are known for their young team, with the oldest player in the squad, Michael Essien, only 30-years-old.

Drawing the Egyptian team against the Greens will mean the reemergence of a tense rivalry. Algeria’s qualification for the 2010 World Cup came after defeating the Egyptian side in a deciding match held in Sudan, a match that was followed by controversy and diplomatic tension between the two countries. Algeria was first in Group H over Mali, Benin and Rwanda.

The Super Green Eagles, who are the current African Champions, witnessed a football renaissance in 2013, winning the African Nations Cup after a series of failures for the first African team to participate in the World Cup’s knockout stage back in 1990.  Group F, which included Malawi, Kenya and Namibia, never threatened to clip the Eagles’ wings.

The Blue Sharks are the surprise of this round of the qualifiers, qualifying from Group B that included Equatorial Guinea, Sierra Leona and top-notch Tunisia. The Cape Verdean team even shocked Tunisia on Tunisian soil, winning 2-0.