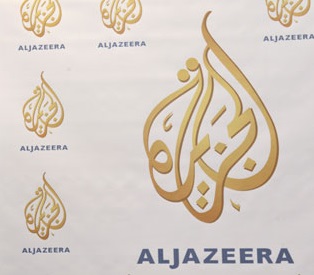 AFP – Qatari-owned news channel Al-Jazeera has launched legal action against the Egyptian authorities, saying that its journalists have been detained without charge and attacked, its London-based lawyers announced Thursday.

The network said it had asked renowned legal firm Carter-Ruck, a specialist in international law, to take action in the international courts and before the United Nations over accusations of harassment.

Since president Mohamed Morsi was overthrown on July 3, Al-Jazeera says that “a large number” of its journalists have been arrested and detained by the security services “either without charge or on spurious and politically motivated charges”.

It also accuses the military and police of attacking its journalists and says that some of its offices have been closed and its transmissions jammed.

The network said earlier this month that its satellite signals had been blocked in the wake of its critical coverage of Cairo’s crackdown on Islamists.

“Independent experts” were used by Al-Jazeera to determine where the jamming was coming from, the network said on its website.

It said that trackers identified locations east and west of Cairo, and specifically identified military installations as the source of interference.

“Al-Jazeera cannot permit this situation to continue,” said a network spokesman in a statement released by its legal team.

“The right of journalists to report freely in situations of this kind is protected by international law and is reaffirmed by UN Security Council Resolution 1738.

“Al-Jazeera has instructed its lawyers to take all steps necessary worldwide to ensure that its journalists can operate freely in the country, without fear of arbitrary arrest, jamming or other forms of harassment and intimidation,” he added.

The network said that authorities were trying to silence dissenting voices so that “only the voices of its state-controlled media” could be heard.

Egyptian authorities and local media have accused Al-Jazeera of biased reporting of the popularly backed coup that toppled Islamist Morsi.

The Qatari network has given wide coverage to demonstrations that followed Morsi’s arrest and the crackdown on Muslim Brotherhood protesters.

Al-Jazeera has previously complained that the security forces raided its Cairo offices and seized equipment.

Wealthy Qatar had been a strong supporter of Morsi, and it stood out among other Gulf nations in condemning Egypt’s deadly crackdown on pro-Morsi demonstrations.