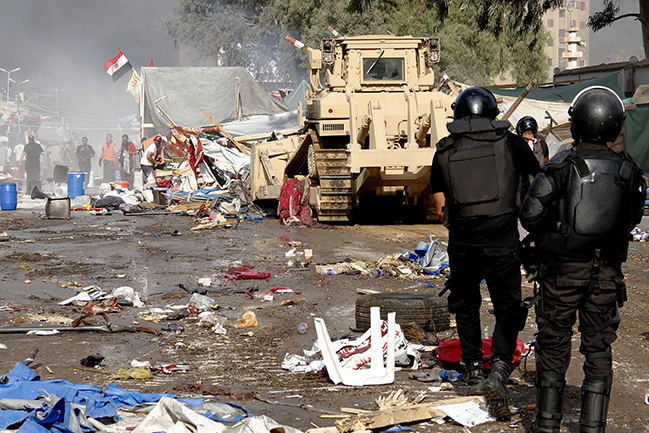 Al-Tayar Al-Sha’aby launched a campaign to document any security or legal violations which might have taken place during the past couple of months.

The campaign, launched on Thursday, gave citizens one week to send in any documented violations practiced by security officials to the movement’s email. Citizens submitting violations should mention the setting of the violation, its details and the name of the perpetrator, if they are aware of it.

After the Friday deadline for submissions, Al-Tayar Al-Shaaby will then compile all verified incidents and submit them to the presidency, demanding that it investigates the violations and holds all those responsible for them accountable.

In a statement released on Thursday announcing the launch of the campaign, the coalition group reiterated their support for the state and its national institutions’ fight against “violence and terrorism”. It nevertheless stressed the importance of abiding by the laws.

“The state should steer clear of expanding its security operations to include ordinary citizens or peaceful political opponents,” the statement read.

Al-Tayar Al-Sha’aby said the campaign is a guarantee that will ensure the security apparatus’ role in protecting the nation’s security. The movement emphasised that “repressive policies” could be gradually restored if the process of holding the state accountable for any legal violations does not begin soon.