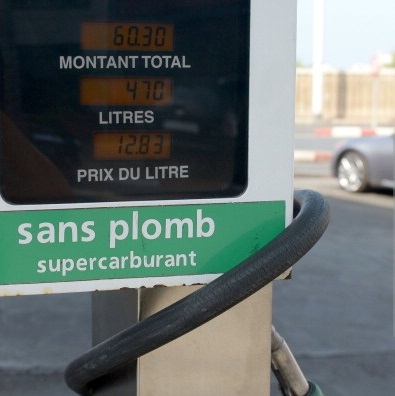 The government is scrambling to limit the impact of oil price fluctuations on Morocco’s ailing public finances, with fuel subsidies weighing heavily on the budget of the North African country, which imports almost all its energy needs.

Under the controversial indexation system, the price of diesel surged 8.0 % on Monday to 0.79 euros per litre, while petrol hit 1.14 euros per litre, representing a rise of 5.0 %, a government official confirmed to AFP.

Under the new pricing system, the cost of petrol, diesel and fuel oil will be reviewed on a monthly basis, and if their value over a two month period changes by more than 2.5 %, the retail price will be altered accordingly.

Fuel subsidies consume around 90 % of the bloated state compensation fund, amounting to 55 billion dirhams ($6.6bn) of public spending in 2012.

“If we didn’t have this expenditure, the budget deficit would be around 0.5 %” of GDP, rather than the 7.3 % that it reached in 2012, the minister in charge of subsidy reform, Najib Boulif, told reporters last week.

The current budget allocates 40 billion dirhams (4.8 billion dollars) to the compensation fund, with an oil reference price of 105 dollars per barrel, but this also appears to have heavily underestimated subsidy costs for 2013, threatening another gaping deficit.

Morocco’s Islamist Prime Minister Abdelilah Benkirane last month approved the new price indexation system, which is a key aspect of the sensitive social reforms his government has been seeking to push through for months.

It has insisted the system will be “limited”, not affecting all fuel prices, and has promised “accompanying and targeted support measures” to avoid a general price rise from extra transport costs.

If oil prices rise above 115-120 dollars per barrel, the government “will pay the difference,” Boulif said.

The Islamist-led government had previously hiked fuel prices, in June 2012, but the move manifestly failed to tackle the problem of Morocco’s unaffordable subsidies system.