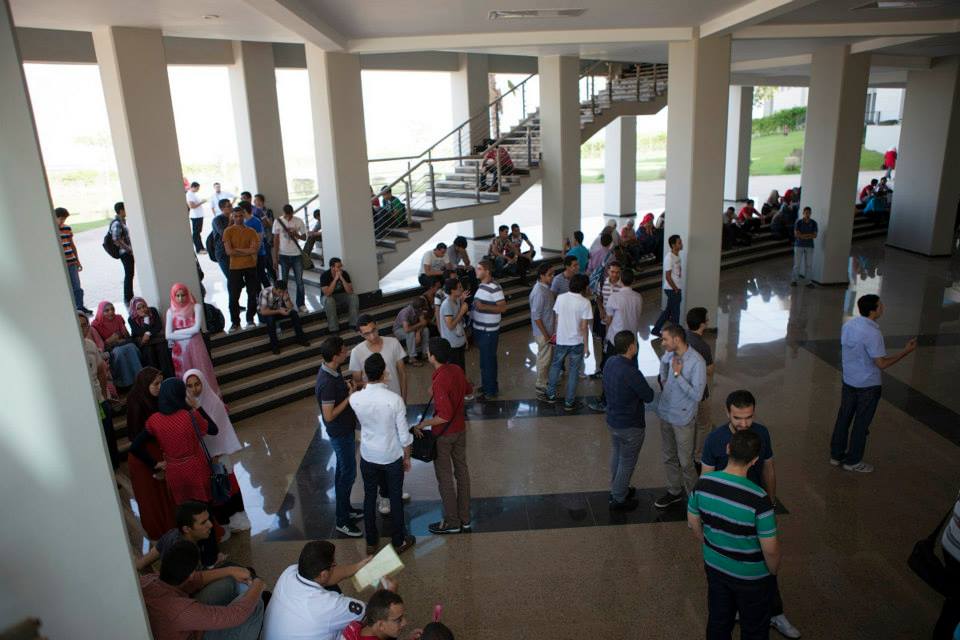 A short-term solution for the Nile University crisis, proposed during a meeting with interim Minister of Higher Education Hossam Eissa, was turned down by Zewail City on Monday.

Nile University has been fighting with Zewail City, established by Nobel laureate Ahmed Zewail, over a piece of land that both universities claim to be their own.

At the end of the meeting, which lasted over six hours, most parties agreed on granting Nile University students access to one of the two contested buildings until a final court ruling is issued regarding the matter. According to the proposed solution, Nile University’s administration would manage the students’ affairs while the Zewail City administration would manage the former’s administrative affairs, since it has a stronger claim on the lands.

Amr Talaat, who attended the meeting on behalf of Nile University students’ parents, said that all other attendants agreed to the proposal. The Zewail City representatives, nevertheless, refused to sign it, saying they have to consult their university’s board of trustees.

On Monday, Zewail City released an official statement saying it has turned down the proposal. Hanan Ezzat, the city’s communication director, said the legal team feared that it would be illegal to give Nile University students the right to use one of the buildings for an unannounced period of time, since the city would be disposing of public property, which it is not authorised to do.

“This isn’t a temporary solution,” Ezzat said. “Waiting on a legal verdict might take years. The timeframe for this solution was very vague.”

The Zewail City statement described the solution proposed at the Eissa-sponsored meeting as “illegal.” Zewail City said that it is not appropriate for it to “facilitate the seizure of public land by a private university,” referring to the Nile University.

The Zewail City proposed an alternative solution “away from the complexities of legal verdicts.” The City offered to contribute to legalising Nile University’s status and giving it a piece of land to build a new campus, saying it could provide EGP 90 million for that process. Until the buildings are ready to accommodate the students, Zewail City offered to host 40 Nile University students at one of its lectures halls, under the former’s administrative supervision and on the condition that they resume other classes at the Smart Village buildings, which have hosted them for years.

Talaat said that Nile University completely rejects Zewail City’s proposal. “How can we take money from them? In exchange for what?” Talaat questioned. “We believe Nile University has a legally supported claim to the contested lands.”

The Administrative Court ruled in April on the dispute, giving Nile University students the right to the disputed lands and buildings.

Zewail filed an appeal to the verdict to the Supreme Constitutional Court, stating that the Giza Court ruled in favour of Zewail City in 2012. He called for stalling the Administrative Court’s decision since it was appealed, but going forward with the Giza court’s decision because it was not appealed. He also called for a ruling on the two conflicting verdicts.

Since the Administrative Court’s decision, Nile University students have not yet been granted access to the disputed buildings. Zewail City accepted 300 students into the contested buildings at the beginning of its first academic year on Sunday.