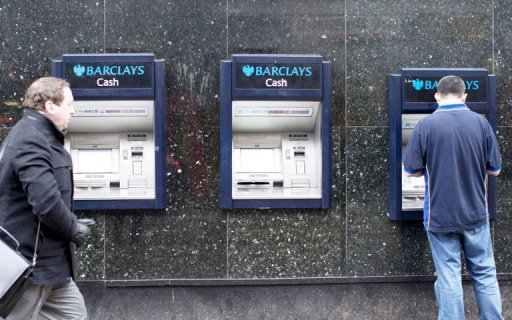 AFP – Barclays will refund about 300,000 loan customers after revealing that it had incorrectly charged interest over the past five years, the British bank said on Tuesday.

A Barclays spokesman said that “technical errors” were uncovered in a review of interest payments.

“Barclays has proactively reviewed information it has historically sent to its customers relating to interest charges where we have found technical documentary errors,” the spokesman said.

“As a result, Barclays has identified certain issues with the information contained in some statements and arrears notices relating to consumer loan accounts.

“Due to these notification errors, interest was not due on certain accounts during the period that Barclays made this mistake, and whilst no-one has been mis-sold to, customers are entitled to have their interest payments returned. No customer will pay more than they were ever contractually expected to.”

The lender said interest payments would be made as swiftly as possible, adding it would undertake a review of all its businesses where similar issues could arise.

The news came one day after Barclays had announced that it faced a possible £50m fine over regulatory claims that it had acted “recklessly” in its multi-billion-pound bailouts from Qatar in 2008.

The Financial Conduct Authority (FCA) watchdog has accused it of making secret payments to Middle Eastern investors to secure their support for cash calls at the height of the global financial crisis.

The bank maintains that the fees relate to advisory services.

Barclays had tapped investors including Qatar for £11.8bn in two major deals in 2008.

News of the loan errors and fine had emerged in a regulatory filing on Monday that detailed Barclays’ planned £5.8bn shares sale.

The Barclays rights issue was unveiled in July and is aimed at meeting regulatory demands to strengthen its capital buffers.

The London-listed bank was last year blighted by the Libor interest rate-rigging scandal.