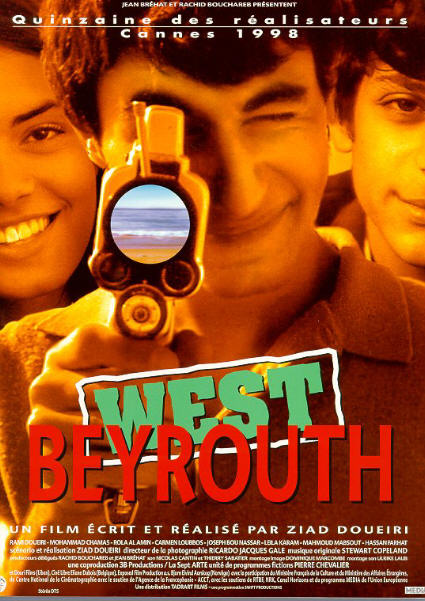 The issue of human rights has been on the mind of Egyptians for the past few years. Given this state of mind, CIC decided to start a series of screenings of movies concerned with human rights. The films come from all over the world and try to relay some kind of truth to the viewers.

The series began on 15 September and will continue until 2 October, with film screenings every Monday and Wednesday.

Set in Rio de Janeiro, the film recounts the tale of two brothers, each taking a different path in life. The events occur in the 1960s, from the perspective of one of the brothers. Produced in 2002, the film was directed by Kátia Lund and Fernando Meirelles.

“This electrifying picture is part tender coming-of-age film and part gang-warfare epic from the Brazilian slum, or favela, told from the viewpoint of the children who manage to be both its underclass and its criminal overlords. It’s a movie with all the dials cranked up to 11, an overwhelming, intoxicating assault on the senses, and a thriller so tense that you might have the red seat plush in front of you – or even some unfortunate’s hair – gripped in both fists,” wrote Peter Bradshaw of The Guardian.

The 2007 documentary explores the effects of huge manufacturing and industrial operations on the earth’s landscape. The filming took place in  the provinces of Fujian and Zhejiang in China, and Bangladesh. The film follows Canadian photographer Edward Burtynsky through his journey, where he explores the concepts and truths behind man-made structures.

“As this film indicates, intentionally and not, an artist may not always be able to gauge the difference between the sublime and the abominable, but with knowledge and a will to conscience a viewer just might,” wrote Manohla Dargis of the New York Times.

The 1998 film explores the woes of the 1975 civil war in Lebanon, which caused a rift between Muslims and Christians. The film follows three teenagers and how their lives change with the onslaught of the war.

“Ziad Doueiri, the writer-director of West Beyrouth (as well as the lead actor’s older brother), shares in his hero’s delight. He understands the way that urban warfare could look like nothing so much as a vacation to a brazen adolescent with an instinct for troublemaking. Doueiri, after immigrating to the U.S., began his career working as a cameraman for Quentin Tarantino, but West Beyrouth feels closer in spirit to the Louis Malle of Murmur of the Heart. The film’s most resonant pleasure is the thrill Doueiri takes in ripping the veil off of contemporary Arab life, viewing it as something funky and casual and cosmopolitan,” wrote Owen Gleiberman of Entertainment Weekly.

Filmmakers Zana Briski and Ross Kauffman travelled to the red light district in Calcutta to explore how children of prostitutes lived. Briski and Kauffman gave the children the task of photographing different subjects in the areas where they live. The 2004 documentary won best documentary in the 2005 Oscars.

“Rather than simply record the lives of those children, Zana Briski, a New York-based photojournalist who is one of the film’s directors (along with Ross Kauffman), became their teacher and their advocate. They, in turn, started out as her subjects and became her collaborators. The resulting film is moving, charming and sad, a tribute to Ms. Briski’s indomitability and to the irrepressible creative spirits of the children themselves,” wrote A. O. Scott of the New York Times.

The 2008 documentary film follows Catherine Deneuve and actor Rabih Mroue’s journey through South Lebanon after the 2006 war. They survey the damage caused by the conflict.

“Catherine Deneuve stars, playing a version of herself, as a movie star in a film about Lebanon; she discovers scheduled scenes set in Beirut for which she is not needed, but demands to be taken there anyway – to ‘see’. Once in the city, Deneuve’s mythic status confers on her a kind of cultural laissez-passer: we see the shattered buildings through her eyes: buildings destroyed by war and their effacement completed by rebuilding programmes,” wrote Peter Bradshaw of The Guardian.