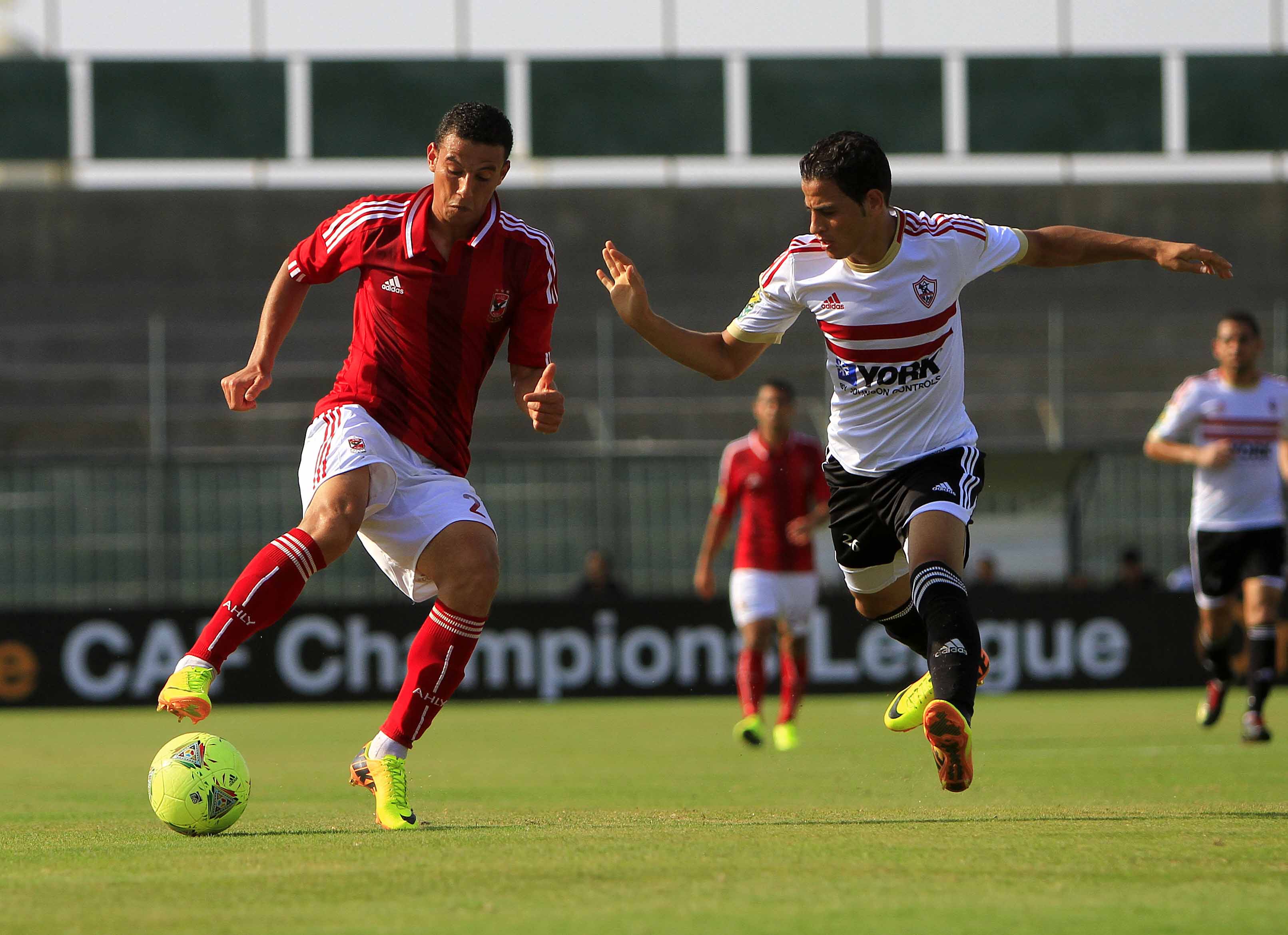 Al-Ahly SC secured its advance to the semi-finals after its win against bitter rival, Zamalek SC, on Sunday in the fifth round of the African Champions League quarter-final group stage match at the El Gouna Stadium.

After the Ministry of Interior refused Al-Ahly’s request that the game be held at Cairo stadium, Al-Ahly’s official grounds, for security reasons, the game was played at the  Red Sea resort city, El Gouna, with a limited amount of supporters allowed to attend.

The seven-time African Champions League winners crushed their adversaries by four goals to two, leading to Zamalek’s loss in the contention to advance to semi-finals.

Al-Ahly is now in the lead with 10 points, followed by the Congolese outfit Leopards, and the South Africa’s Orlando pirates and Zamalek coming in third and fourth, respectively.

The coaches decided to go with different tactics after Al-Ahly played with a line-up of three attacking midfielders and one striker, while Zamalek opted for a more defensive tactic, with three slightly defensive midfielders.

The title-holders almost immediately tied the score after Walid Soliman intercepted a long ball from two defenders, before volleying it over the Zamalek goalkeeper, Abdel Wahed El-Sayed, who was standing helplessly at the edge of the six-yard box.

Al-Ahly continued their offensive, doubling their score eight minutes later, courtesy of striker Ahmad Abdel Zaher, who scored a towering header from an accurate cross by right back Ahmad Fathi.

The conditions were tense between both teams, leading to a wrangle between Zamalek’s midfielder and star, Shikabala, and Al-Ahly’s left-back, Sayed Moawad, which eventually led to their separation by both teams.

The visitors had a golden opportunity to tie the game with half-time looming, after Ahmad Eid Abdel Malek headed the ball towards the far post; however, it was saved by Ekramy.

Zamalek players were on the offensive during the second half, but their efforts were quickly diminished by a third goal from the Al-Ahly playmaker, Mohamed Abo-Treka, who was able to get on the end of a superb, mid-air back heel pass from Walid Soliman.

Zamalek’s bench players were feeling the pressure, substituting two players at once. The substitutions helped increase the pace of Zamalek’s attack; however, in the 71st minute, Ahmad Fathi managed to run past the Zamalek defence and shoot a low ball past Abdel Wahed’s near post.

Substitute and veteran midfielder, Ahmad Hassan, managed to score Zamalek’s second goal in the 82nd minute. Ekramy poorly cleared a cross from right-back Hazem Emam. The goal proved ineffective after the referee blew his whistle, ending the game and killing Zamalek’s chances of advancing to the semi-finals.

The next fixture for Al-Ahly is in a match with the Orlando Pirates on 20 September; however, Al-Ahly has already secured its advance to the semi-finals due to the head-to-head results in their favor. Zamalek face no chances of advancing, even if it manages to beat Congo’s Leopards, which currently holds the second position in the table.