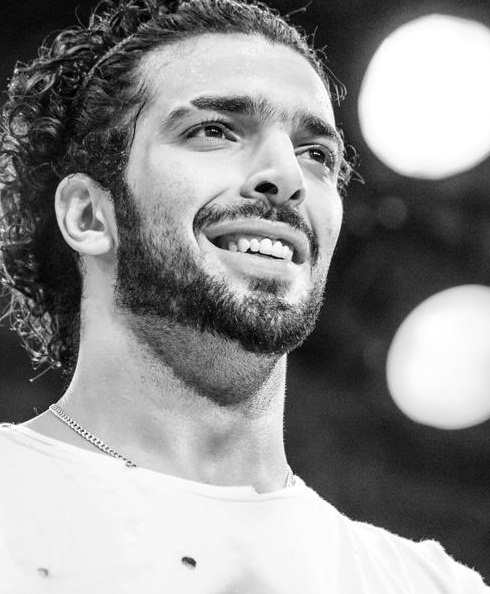 Port Said is a city often viewed through the lens of its own turmoil. No doubt, from bombings to football massacres, the Mediterranean’s gateway to the Suez Canal has certainly seen its share of suffering over the last half century, but this has usually been seen through headlines and newsreels. With roots in the Suez War of 1956, a new exhibit organised by RAWI magazine, Ganna Gallery and the Labib Family features paintings chronicling the last two turbulent years, but viewed through children’s eyes.

Yasmine El-Dorghamy, who also publishes the Egyptian culture and heritage quarterly RAWI, has played a key role in organising the exhibit. Its inspiration, she explained, came from echoes of a much older one found while visiting the house of architect Tarek Labib.

“There, I saw some printed photographs of paintings that looked like they were painted by children. But the images in them were not of gardens and seesaws and other kids stuff. They were images of guns, bodies scattered on the streets, or a mother holding her dead child. The images were very powerful, yet very childlike at the same time, which was very strange,” she said.

The paintings, it turned out, were born of conflict.

Labib’s parents, Mohamed Labib and Seddika Hassanein, had both been art teachers at the time of the Suez War of 1956, when British, French, and Israeli forces had bombed targets in Egypt in response to then president Gamal Abdel Nasser’s nationalisation of the Suez Canal, leading to scores of civilian deaths in the ensuing ground campaign. Labib’s parents were among the first to enter the city after its liberation, alongside Egyptian security forces.

The pair, El-Dorghamy said, had “packed up their supplies – paint, big pieces of paper and everything,” and once in Port Said, had “gathered as many kids as they could, and started this art workshop with them, for therapy. They asked them to draw images from what they’d just witnessed- and just get it out.”

El-Dorghamy agreed this sort of “art therapy” was fairly progressive for the 1950s, even if such labels did not exist at the time. Mid-century semantics notwithstanding, the results were tougher to argue with. “Amazing paintings came out of it, and they did an exhibition of it at the time in Port Said, and then they took it to Cairo,” she said. “Later they traveled all around Europe. They went to Vienna, they went to Budapest, and now the originals are in Rome.”

“I just went gaga over these paintings,” El-Dorghamy said. “And I thought, I have to tell this story.”

But El-Dorghamy and Labib decided to take it a step further. In light of the hardships Port Said has seen since the 25 January Revolution, the organisers felt the city’s children could benefit from a similar project today. Starting in the spring of this year and in cooperation with Port Said’s Ganna Gallery, they launched a competition for paintings and kept the guidelines intentionally loose. “We didn’t direct them to paint about their hardships,” said El-Dorghamy. “We didn’t direct them at all, really; we just told them to paint about their lives in their city over the past few years.”

Once the new contributions came rolling in, however, the results were again powerful, documenting many of the events from the past few years, from the football massacre of February 2012, to images of masked gunmen shooting at funerals. Other paintings depicted queues for bread and petrol, and one scene which El-Dorghamy found particularly amusing.

“It had Morsi on the TV screen, with ‘On Air’ written in the frame, and he’s shaking his finger at the people who are out after curfew,” El-Dorghamy said, referring to the curfew the former president had threatened following the violence at the abovementioned funerals.

Meanwhile, a visit to Port Fouad’s rowing club yielded another exciting discovery. Going through the club’s register for names of older members, the organisers were able to find one of the original children from 1956. Hoda El Bani is now a grandmother, and has become an art teacher, also working with children.

“It was so amazing when we found her,” El-Dorghamy said. “And she’s so excited about this whole thing.” El Bani, who was 13 at the time of the first workshop, still has a gift Hassanein gave her in 1957: a box of colours with her name on it.  Still brimming with enthusiasm for the original project, El Bani will speak at the opening of the exhibition on Thursday.

El-Dorghamy said Port Said is unique in its history as a source of inspiration for the artwork. “Had it been any other city there might not have been much to say now. Port Said has suffered more than any other, and that is why there were lots of very eerie parallels, and similar images, between the 1956 paintings and the ones we have now.”

There are plans to bring the exhibition to Cairo after its premiere. For now, however, the paintings will be displayed in the city that inspired them. “The Children of Port Said 1956-2013” will be staged at the Misr Public Library in Port Said on Thursday 19 September at 7pm.