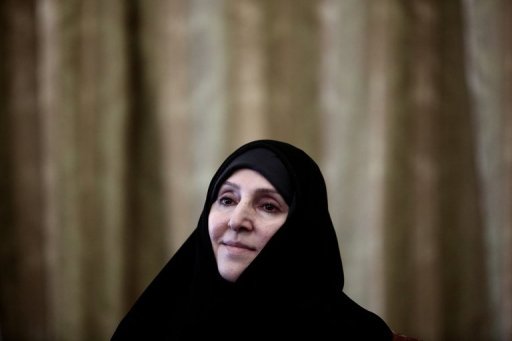 Afkham, the Iranian ministry’s first spokeswoman, said in her weekly press conference, “we follow developments in Egypt.” She stressed, “Iran respects opinions of the region and believes in non interference in the affairs of Egypt,” adding that her country “hopes for self restraint” and the establishment of democracy in Egypt.

The spokeswoman’s comments came in reaction to what she described as “statements by the Egyptian foreign minister.” Iranian Fars News Agency claims it was a response to Fahmy’s comment regarding Iranian interference in the affairs of Gulf nations during a television interview. The Iranian ministry was not available for further comment on the matter.

Afkham also added that Iran hopes that “Egypt can regain its regional position and its role in regional discussions and make use of its capacity in the region in good manner.”

Iranian President Hassan Rouhani has given indications that Iran is willing to open up more to the international community following years of international sanctions. Posting on his Twitter account on Wednesday Rouhani said, “promotion of all-out ties with neighbouring countries, particularly Muslim states, [is] a top priority of Iran’s foreign policy.”