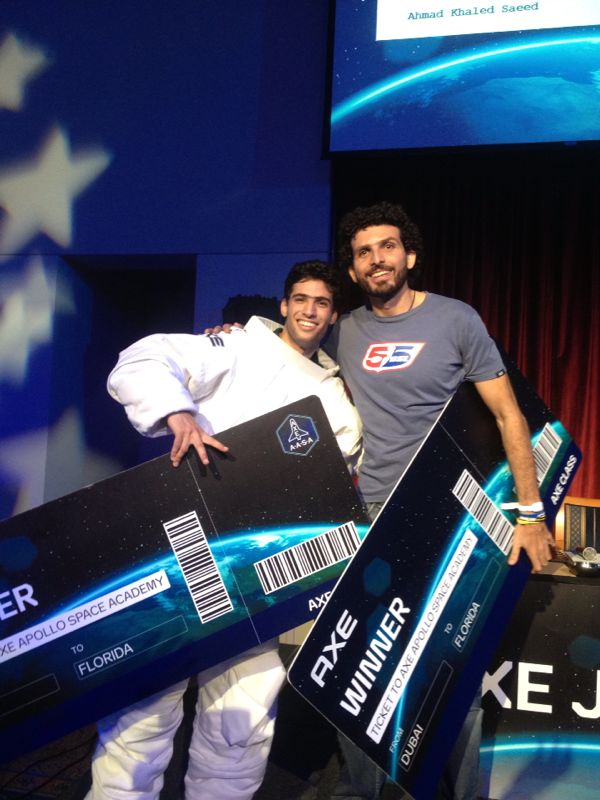 Omar Samra won the AXE competition ticket, which qualifies him for the final round of the Space Competition in Orlando, USA in December 2013. The announcement was made recently during a Grand Finale event in Dubai following highest digital voting activity for Samra.

The regional competition also announced two Egyptian runners-up, who won the remaining tickets of only 13 tickets available worldwide for a chance to travel to space.

The three regional winners will have one final obstacle to pursue: the final stage at the AXE Global Space Camp in Orlando, Florida where the final 13 space travellers will be selected based on competitive space-simulation challenges.

“I’m delighted with this opportunity, and I believe that my extensive adventure and expedition experience will allow me to cope well with the mental and physical challenges of space and the challenges which all finalists will be put through in Orlando. I’m one step closer to a childhood dream and for an opportunity to represent my country in this honourable pursuit. I’m already training hard from now,” said Samra.

Upon his return from space, Samra plans to give talks at schools and universities about his experience in the hopes of inspiring others to follow their dreams and prove that anything is possible with hard work and perseverance.

The AXE Apollo Space Academy (A.A.S.A) offers winners the chance to join one of the first men to walk on the moon, Buzz Aldrin, in travelling to space on a flight with international space agency, Space Expedition Corporation (SXC). The digitally led campaign has helped recruit thousands of hopeful men and women from Egypt, Kuwait and the UAE.