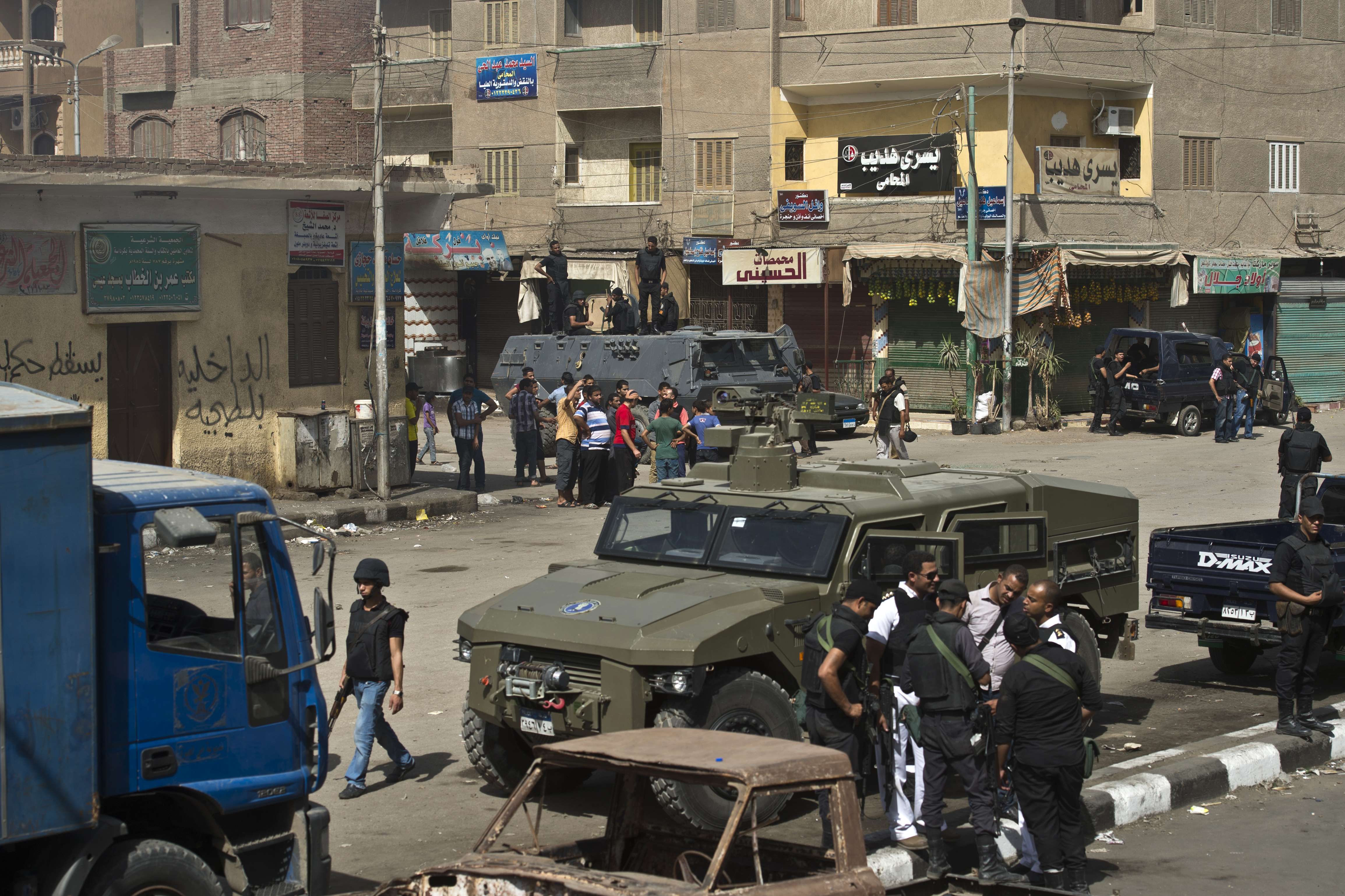 Prosecutor General Hesham Barakat ordered on Saturday the investigative detention for 15 days of 80 persons arrested in Kerdasa to examine their roles in the terrorism charges pressed against them.

The security operation in Kerdasa, which was launched Thursday by security forces, was enforced to “implement the prosecution’s orders to arrest a number of terrorists and fugitives” involved in the attack on the Kerdasa police station last month, which left 11 policemen dead, according to a statement issued by the Ministry of Interior.

The operation resulted in the killing of one high-ranking police officer, the injury of nine military and police forces and the arrest of 68 wanted fugitives. Additional arrests of individuals who had been present at the scene brought this number up to 80. Sources inside Kerdasa explained that the arrest campaign is still underway.

The detainees are being charged with terrorism, first degree murder of Giza Deputy Security Director Nabil Farrag, attempted murder of injured security forces, belonging to an armed group, and the possession of illegal weapons and ammunition.