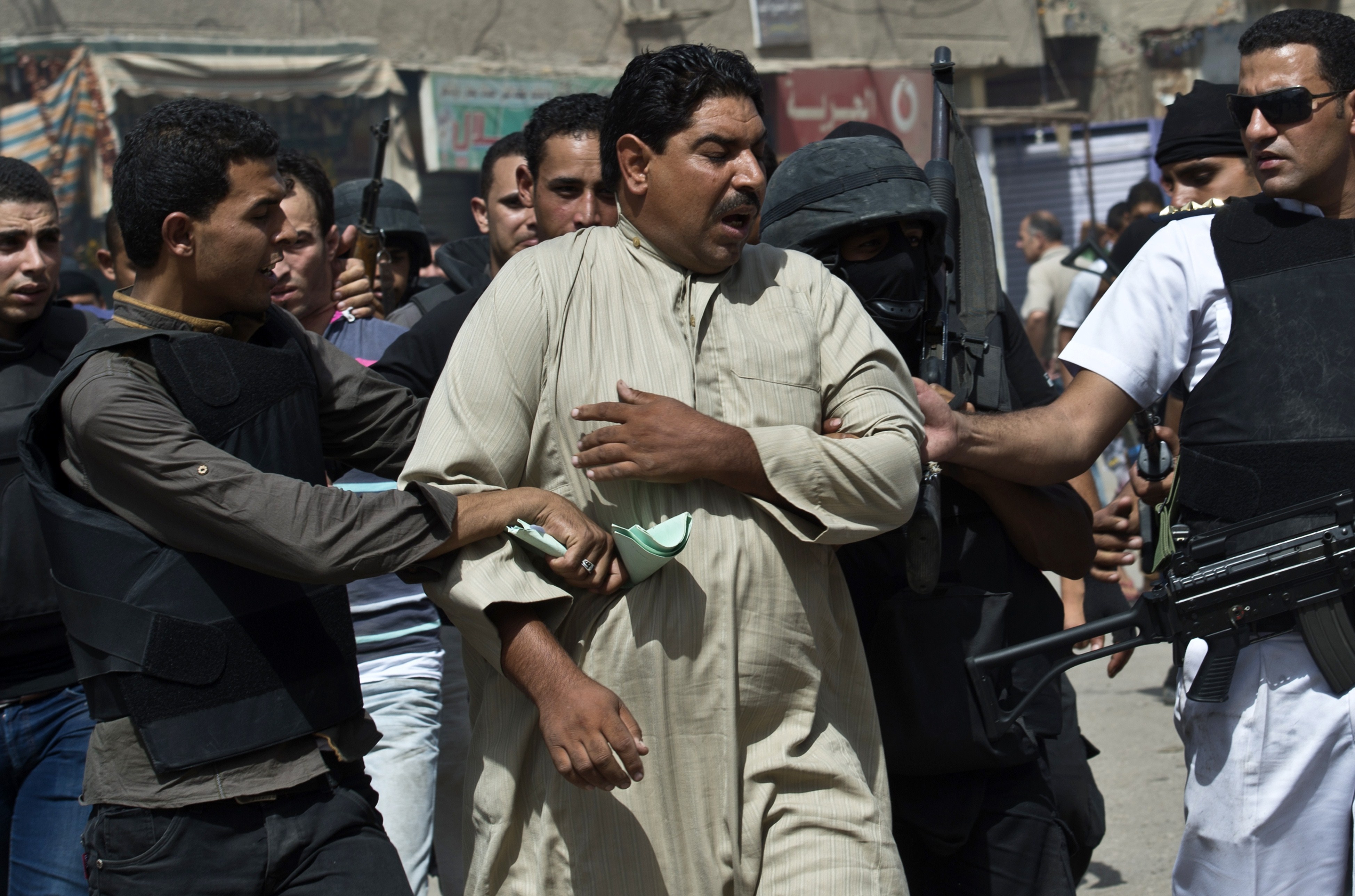 The prosecution ordered the investigative detention of 23 Kerdasa detainees on Saturday night.

The latest group brings the total number of detainees to a little over 100. Charges brought by the prosecution against the detainees include murder, attempted murder, joining an armed group for the purpose of resisting authorities and the possession of firearms, melee weapons and explosive devices, state-run news agency MENA reported.

Earlier, the prosecution had ordered the detention of 80 people from the Giza village of Kerdasa, which lies close to the Giza plateau.

The detainees were brought in after a joint security operation between the police and Armed Forces was launched in Kerdasa and the village of Nahia, which lies to the Northeast of Kerdasa, last week.

In an interview with MENA, Deputy Minister of Interior Ashraf Abdallah said 65 people were arrested in Nahia. He added that the operation in Kerdasa and Nahia is still ongoing and that 60 to 70 fugitives are still at large and being tracked by security, including Al-Jamaa Al-Islamiya leaders Tarek Al-Zomor and Assem Abdel Maged.

Abdallah also said Kerdasa was considered one of the most dangerous terrorist spots, adding that planning for the security operation began on 16 August.

The Interior Ministry gave a statement earlier, reporting that the operation was launched to “implement the prosecution’s orders to arrest a number of terrorists and fugitives” involved in the attack on the Kerdasa police station on 14 August, which left 11 policemen dead.

The Muslim Brotherhood’s English Twitter account Ikhwanweb tweeted Thursday morning: “Kerdasa in Giza is under attack by police and army forces; civilians are being terrorized…” The Brotherhood had used similar words to describe the security operation in the village of Delga  in Minya last week, calling it a “full scale attack” on the village.