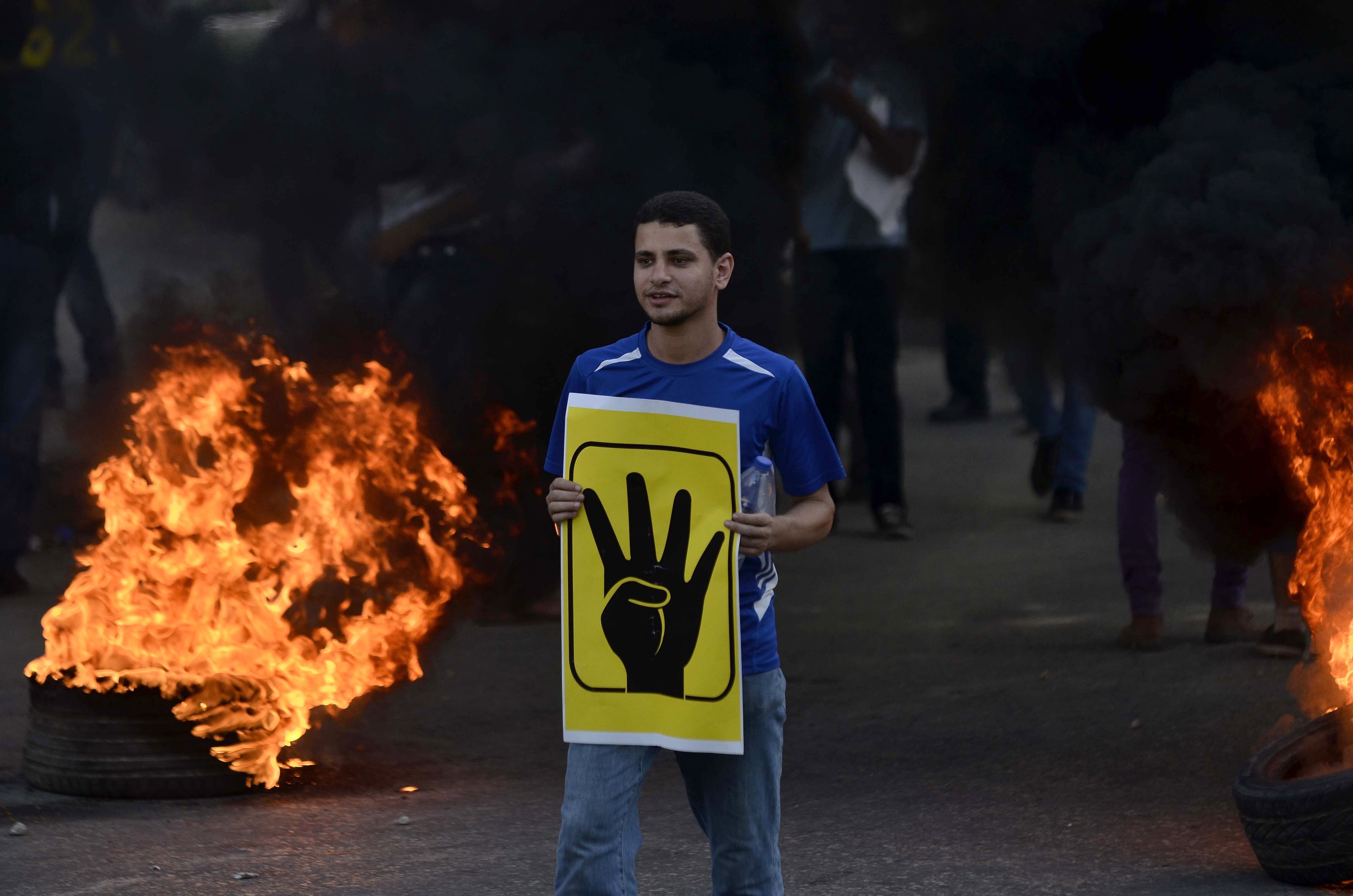 Three-hundred to four-hundred people demonstrated in Heliopolis’ Roxy Square on Sunday morning, and a rally at Cairo University in Giza drew a crowd of students as supporters of ousted president Mohamed Morsi called for “full civil disobedience.”

According to a statement on the Muslim Brotherhood’s website, the group Youth Against the Coup are calling for widespread demonstrations and “for mass marches to merge in one public square.”

“[We call] the masses of the Egyptian people, especially Egypt’s youth and college students, who are already rising up in the second wave of the 25 January Revolution, to start a general strike on Sunday, 22 September,” read the statement.

Morsi supporters are also calling for a demonstration to be held on Tuesday outside the United Nations headquarters in New York City.

Dubbed “The Coup Does Not Represent Egypt,” Morsi supporters will protest Egypt’s Foreign Minister Nabil Fahmy’s visit to the UN.

“[The protest is] an objection to the visit of the military-appointed figurehead, Foreign Minister [Nabil Fahmy], to the United Nations as a representative of the Egyptian state, and an expression of rejection by the Egyptian people for the coup, as well as all the military-installed bodies, institutions and committees,” said the press release.

Fahmy will participate in the 68th General Assembly of the UN which will run from 24 September to 1 October. He will head the Egyptian delegation and give a speech during the assembly. Fahmy  is also expected to engage in meetings with several foreign ministers and give interviews to international media, according to a statement issued by the Foreign Affairs ministry.