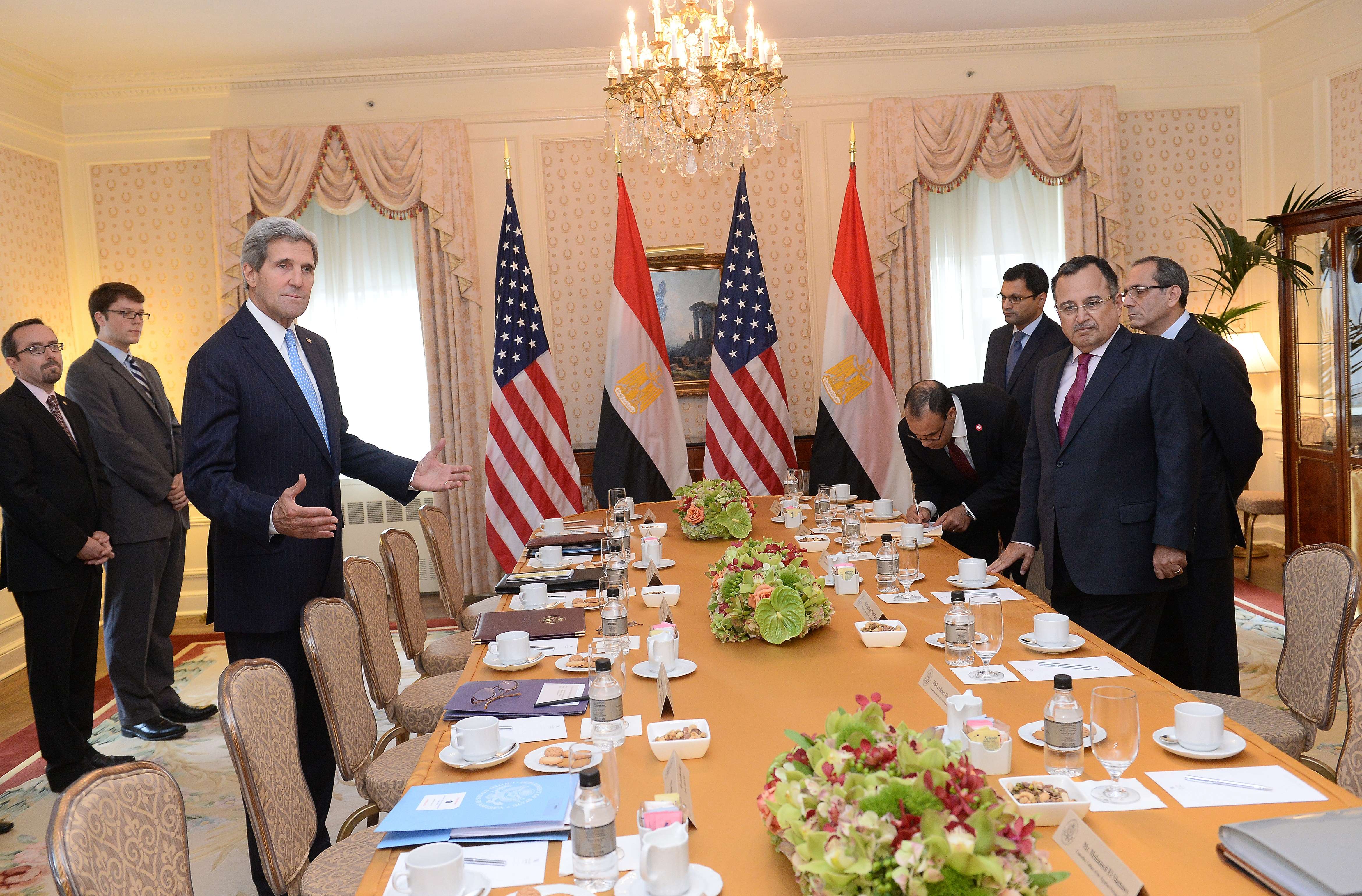 The American side also stressed progress on Egypt’s transitional roadmap and issues including the arrest of journalists in Egypt, “combating terrorism [and] the importance of differentiating between the two.”

Kerry and Fahmy also discussed “Egypt pursuing its roadmap and doing so in a genuine, inclusive, transparent way, and to demonstrate early that it’s moving definitively to a civilian-led government through elections.”

Kerry also raised issues of difficulties facing civil society in Egypt and prospects for lifting the current state of emergency that has been in place since last month when pro-Mohamed Morsi sit-ins were violently dispersed.

The two also discussed inclusivity in the political process as a way to overcome the current crisis.

The Egyptian Ministry of Foreign Affairs said Fahmy also discussed Syria and Palestine with his US counterpart, as Fahmy stressed “the government’s commitment to implementing the roadmap, ensuring it achieves the legitimate demands of the Egyptian people, who went out on its behalf on 30 June to build a modern democracy.”

Fahmy, according to the Egyptian ministry’s statement, also stated his government’s commitment to securing the country and its “fight against violence and terrorism within the framework of the law.”

The Egyptian foreign minister also vouched for the independence of the judiciary, saying that all judicial action was being carried out under the Prosecutor General.

Fahmy, who is scheduled to deliver Egypt’s speech to the United Nations General Assembly, also met with his Greek and Cypriot counterparts to discuss trilateral relations and economic ties between the countries.