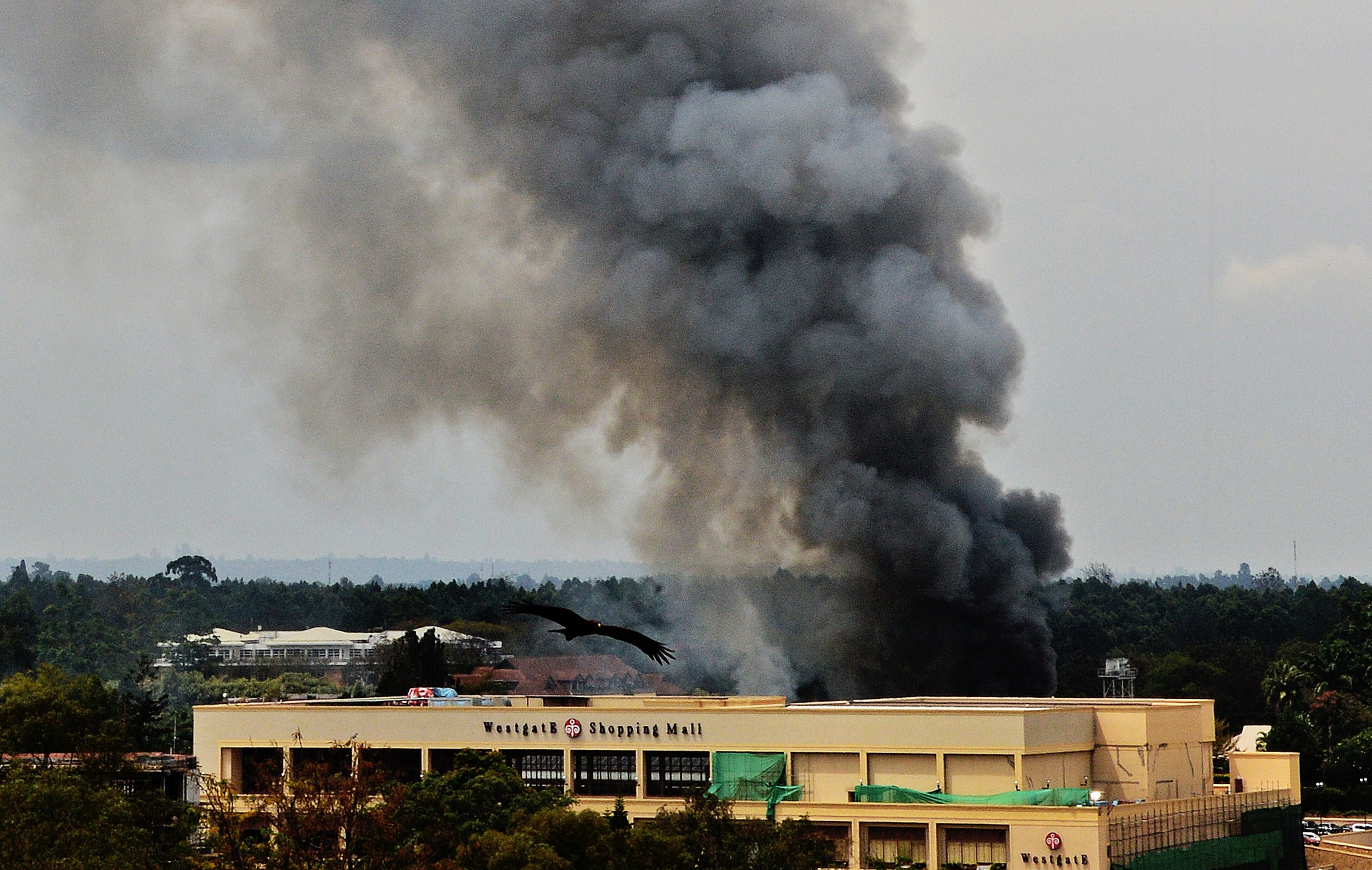 “We think the operation will come to an end soon,” Lenku told a press conference.

“We are in control of all the floors, the terrorists are running and hiding in some stores… there is no room for escape.”

At least two of the gunmen were killed in the assault Monday morning and “several injured,” Lenku added.

“They are from different countries. We have sufficient intelligence this is global terrorism,” Karangi said.

Several foreign fighters, including Somalis with dual nationalities, are members of the Shebab force.

Contrary to some earlier rumours, Lenku denied that any of the insurgents were women.

“There are no women, all the terrorists are men. Some of them had dressed like women,” he said.