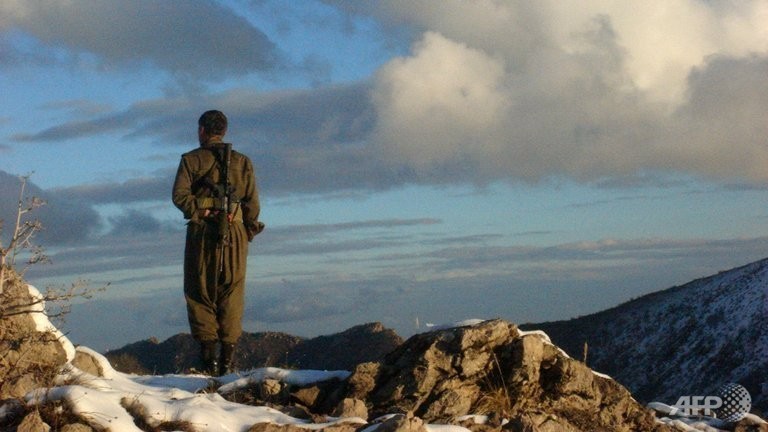 AFP – Turkey’s fragile peace process is in limbo as government and Kurdish rebels accuse each other of failing to respect a pact seen as the country’s best shot at ending three decades of conflict.

Politicians and analysts say that six months after a rebel ceasefire that was hailed as a breakthrough, negotiations are deadlocked after Kurdish rebels this month halted their pullout from Turkey.

The banned Kurdistan Workers’ Party (PKK) announced it was stopping its pullout from the country, accusing Ankara of dragging its feet on reforms designed to enhance the rights of Turkey’s estimated 15-million strong Kurdish community.

Prime Minister Recep Tayyip Erdogan has, in turn, accused the PKK of breaking its promises, saying that barely 20% of its fighters had left Turkish soil for bases in Iraqi Kurdistan and most were women, children and the elderly.

“The process is deadlocked, it’s not progressing. There are problems and tension,” said Gulten Kisanak of the pro-Kurdish Peace and Democracy Party (BDP).

However while the two parties lock heads, the PKK has said it will uphold a truce as a solution is sought.

“We cannot say the process is over or it has stopped because negotiations with Ocalan are still continuing,” Kisanak told AFP, referring to PKK leader Abdullah Ocalan.

Ocalan — who has been serving a life sentence for treason on Imrali island off Istanbul since 1999 — announced the historic ceasefire in March after negotiations since late 2012 with Turkish authorities to end the conflict, which has cost more than 40,000 lives since 1984.

The PKK leader, once dubbed the “nemesis” of the Turkish state, has likened the peace process to a “rodeo bull at a funfair.”

“It moves but it doesn’t move forward,” Ocalan said in comments relayed by BDP lawmaker Pervin Buldan, who has visited him in prison several times as part of the peace process.

After the rebel leader announced a ceasefire in March, the PKK began withdrawing its estimated 2,500 fighters from Turkey to safe havens in Iraq’s autonomous Kurdistan region.

In return for withdrawing its fighters, the PKK is demanding amendments to the penal code and electoral laws as well as the right to education in the Kurdish language and a degree of regional autonomy.

However, the rebels have accused government of wasting time in delivering reforms promised as part of the peace process.

Erdogan’s Islamic-rooted Justice and Development Party (AKP) is putting the final touches on a long awaited “democratisation package” of reforms he has said will be unveiled on 30 September.

The reforms are expected to be all-inclusive — addressing, besides Kurds, the problems of Turkey’s non-Muslim minorities and Alevis, a moderate sect of Islam.

Nihat Ali Ozcan, a security expert at the Ankara-based TEPAV think tank, said the government faced a “tough task” in making concessions for the Kurdish minority with upcoming elections.

The country votes in local elections in March, a presidential election in August and parliamentary polls in 2015.

“The Kurdish issue is treated as secondary in the run-up to electoral period and amid the civil war at its doorstep in Syria,” he told AFP.

Kurdish politicians have criticised the government for failing to include them in discussions on the reforms.

“We have insistently called on the government to discuss the package with us and with the public but we did not receive any response,” Kisanak said.

“In its current form, we do not believe that the package will address our demands for rights and freedoms and contribute to the peace process,” she said.

Kemal Kilicdaroglu, leader of the main opposition Republican People’s Party (CHP) said that his party was also in the dark.

“Abdullah Ocalan sits at one end of the table and Erdogan at the other end. The two are meeting, bargaining. The public is unaware of what’s going on,” he said.

A Western diplomatic source, speaking on condition of anonymity, expressed doubts about the fate of the peace process.

“Democratic reforms should have been discussed with the public and opposition parties, as well as within relevant ministries,” the source said.

“At the end of the day, Turkey is not Erdogan’s country.”