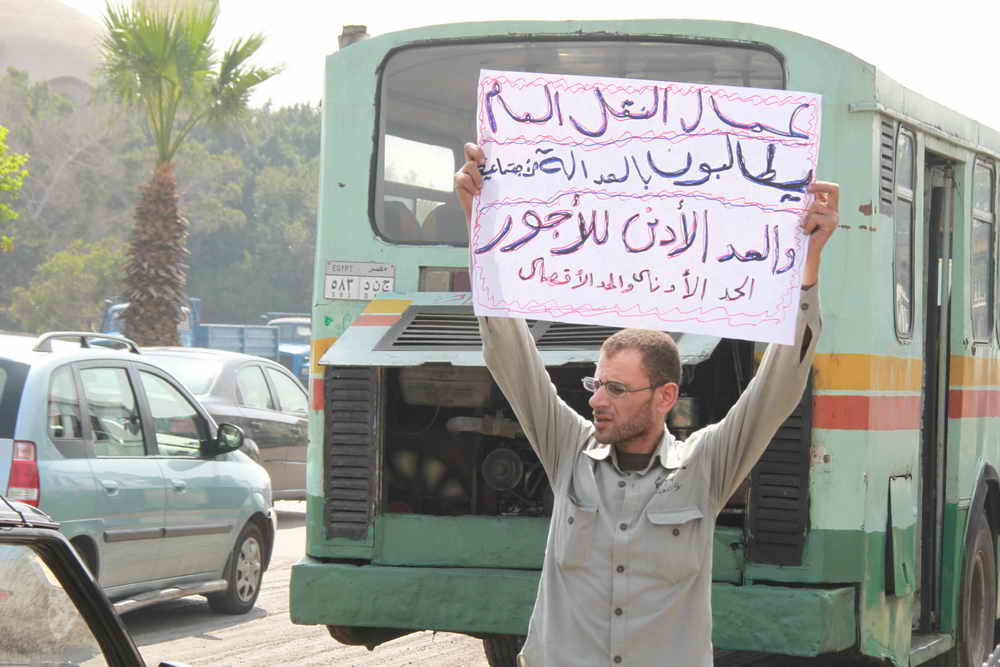 Negotiations for private sector minimum wage will start next week with businessmen, associations and investors, according to Ministry of Manpower spokesman Alaa Awad.

In his announcement almost a week ago, interim prime minister Hazem El Beblawi had said the negotiations would start this week, however, Awad said: “We [the ministry] are currently busy with a conference in Sharm El-Sheikh.”

“We will have more than on meeting in order to discuss reasonable figures and reach satisfactory results,” he added.

The National Council for Wages announced on Tuesday the continuation of the meetings held between labour representatives and employers to agree on a roadmap that will help determine the minimum wage, according to an official statement.

The statement added that an extension period was requested from the workers representative and the businessmen in order to reach an agreement.

Awad stated that effects of the economic recession and difficulties that the country has been witnessing will be taken into consideration when discussing the range of the minimum income.

Awad stated that by wage the government means the total income for an employee. This wage includes the fixed salary along with the variable ones such bonuses, overtime and compensations but excludes additional services such as transportation and accommodation fees.

The EGP 1,200 minimum income set for the public sector employees was met with strong criticism from economists as well as activists who argue that the figure is lower than expected.