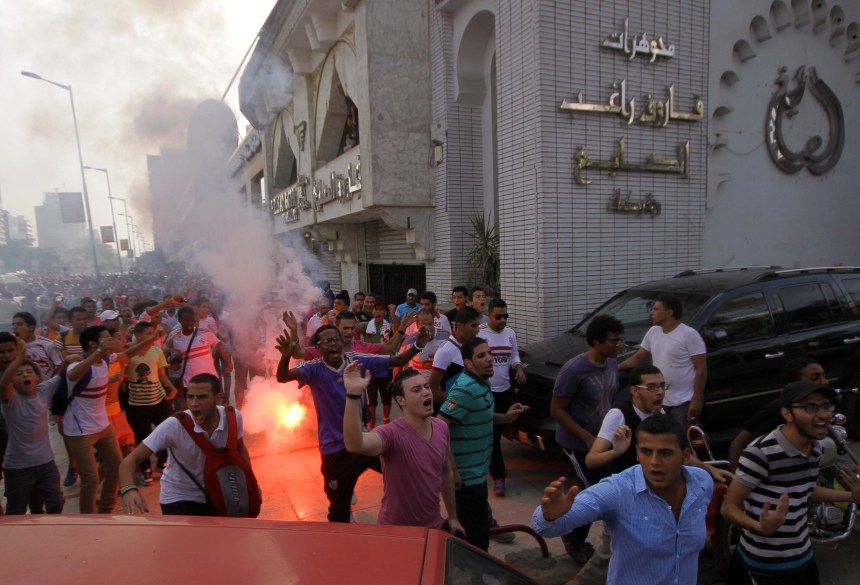 Ultras White Knights member, Amr Hussein, 18, died on Monday after being injured with a bullet to the back during clashes on Thursday between the Ultras group on one side and police forces and the Zamalek club security personnel on the other.

The White Knights wrote on their Facebook page: “We swear to God, that [those who killed you] will not enjoy their lives, until revenge is taken.”

The White Knights lawyer, Mohamed Hosny, told Egyptian Newspaper Al-Watan in recorded statements, that the deceased’s father accused the club’s chairman, Mahmoud Abbas, and club’s board members Sabry Serag and Raouf Gasser of inciting Hussein’s killing.  Hosny added that police forces on the scene only had teargas and birdshots, and that the bullets that were fired against protesters were fired by the club’s security personnel.

The protests on Thursday by Ultras White Knights, fans of the Zamalek football team, turned violent after protesters attempted to storm into the club. Protesters demanded that the chairman of the club, Abbas, be removed. Security forces fired warning shots in the air, and used teargas to disperse the crowd, while the club’s security personnel allegedly fired live bullets. Hussein was injured in the process.