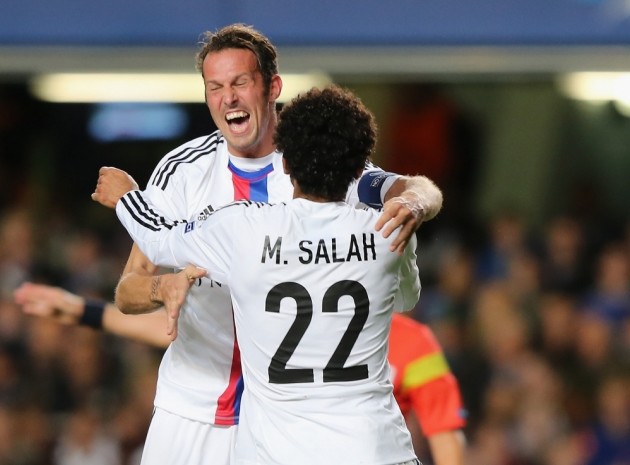 Egyptian players in Europe led their teams to a series of wins during this week’s football games in the Champions League, English premier League, Swiss League and English League Cup.

Mohamed Salah’s FC Basel beat Chelsea in their first away game of the UEFA Champions League with the Egyptians opening the scoring for the Swiss outfit. Salah’s goal contributed in the win against Chelsea on their home ground, Stamford Bridge, something that hasn’t happened to Chelsea’s Champions League campaign since 2003. Salah’s goal tied the game 1-1 after Brazilian midfielder Oscar scored the first goal for Chelsea. Striker Marco Steller’s goal secured the first 3 points for Basel in the group stages. Mohamed Salah was awarded the man of the match by UEFA for his role in tormenting Chelsea veteran left back, Ashley Cole, and his quality goal on Peter Cech.

Salah also contributed to Basel’s win over Sion in the 89th round of the Swiss league after scoring the third goal for Steller, gaining 3 points for the capital team and allowing them to continue holding the third spot in the league table.

In the premier league, newly promoted Hull City beat Newcastle also in a 3-2 away win. Egyptian winger Ahmad El-Mohamady scored the second goal for Hull, tying the game 2-2 before Sone Aluko won the game for the Tigers. El-Mohamady took advantage of some slack marking to flick a header from a perfect cross by Brady. The win pushed Hull past Newcastle to 11th place in the 5th round of this year’s English Premier League.

In the league cup, newly loaned Mohamed Nagy Gedo featured as a second half substitute in the Hull City win over Huddersfield Town. The win gave the Tigers the first opportunity since 1977 to advance to the fourth round of the league cup.

The players mentioned will feature for Egypt’s national team play off qualifier against Ghana on 15 October.