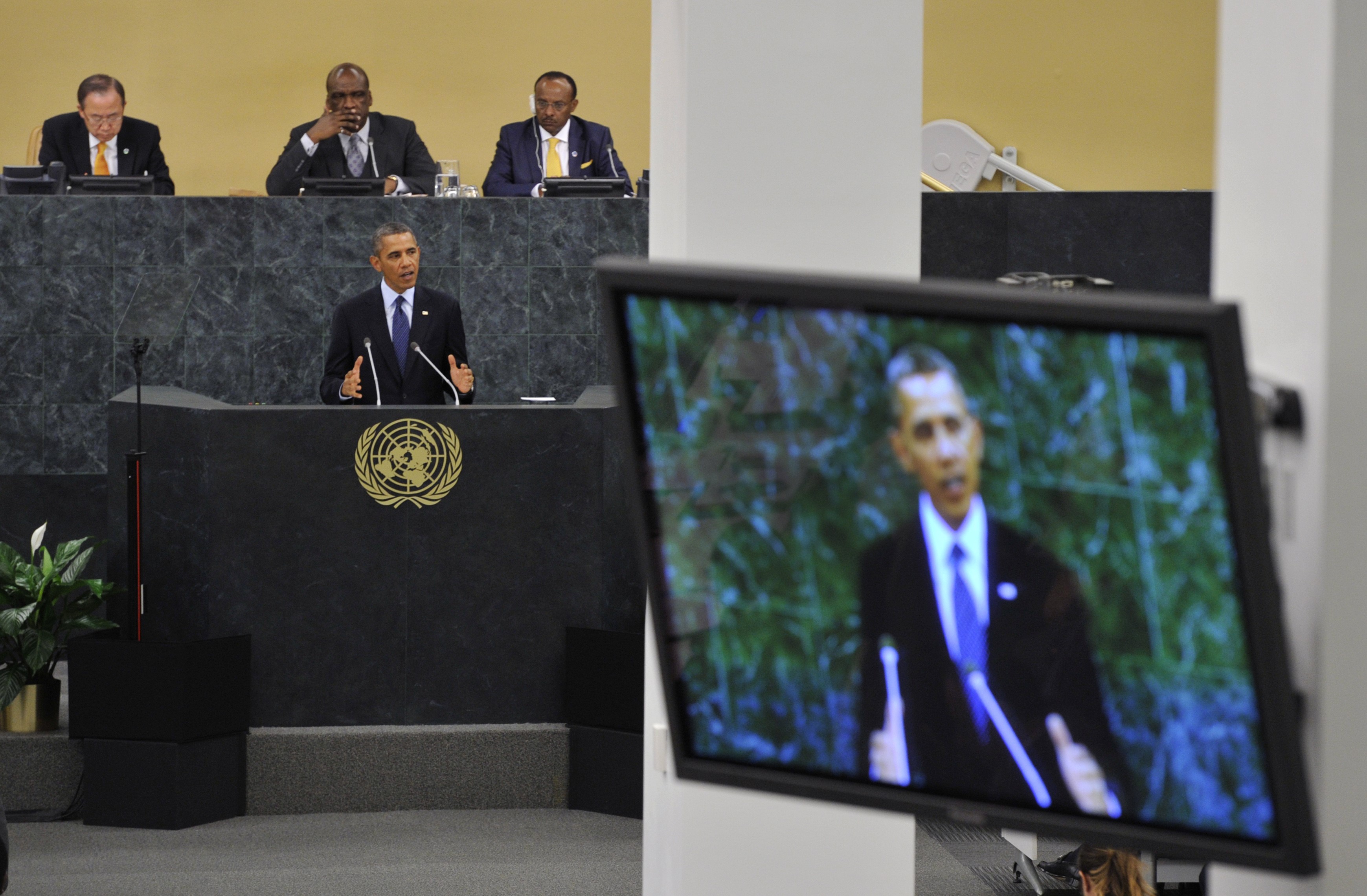 Nabil Fahmy said on Tuesday that some of Barack Obama’s remarks on Egypt during his address to the United Nations General Assembly (UNGA) were out of context.

The interim Foreign Minister said: “We believe that some references about the actions taken [by the interim government], such as extending the emergency law, came out of context of the reality of the developments and events in Egypt.”

Fahmy’s remarks came in a statement following Obama’s forty-four minute speech at the annual UNGA meeting at the UN headquarters in New York, where over 130 Heads of State and Government have gathered.

During his speech, Obama said that the US will “continue support in areas like education that directly benefit the Egyptian people.” He pointed out that the delivery of some “military systems” have been delayed and added, “our support will depend upon Egypt’s progress in pursuing a more democratic path.”

Obama pointed out that while deposed President Mohamed Morsi was democratically elected, he “proved unwilling or unable to govern in a way that was fully inclusive.” He also stated that the interim government “responded to the desires of millions of Egyptians,” adding, “but it too, has made decisions inconsistent with inclusive democracy.” He went on to mention the establishment of emergency law, the restrictions placed on the media and civil society and opposition parties.

In an interview with CNN immediately after Obama’s speech, Fahmy said that he was not concerned by the conditions placed on US support to Egypt because it is the intention of the interim government to pursue a democratic transition.

Fahmy has held a range of meetings with his counterparts from different countries as well as heads of international organisations. He met with his counterparts from Iraq, Saudi Arabia, Luxembourg and Japan on Tuesday to discuss the situation in Egypt, as well as regional and international issues. He also met with the Secretary General of the Organisation of Islamic Cooperation, the President of the International Red Cross and the Secretary General of the Organisation for Security Cooperation in Europe as well as attending a high level political forum for sustainable development.

Fahmy previously met with US Secretary of State John Kerry, British Foreign Secretary William Hague and Chinese Minister of Foreign Affairs Wang Yi as well as taking part in ministerial meetings on the sidelines of the assembly.

The interim minister is scheduled to deliver Egypt’s speech to the 68th UNGA meeting on Saturday. The ministry spokesperson said that Fahmy’s speech would “explain the principles and goals of the 30 June Revolution, defend it strongly, and will aim to gather political and economic support for [the revolution].”