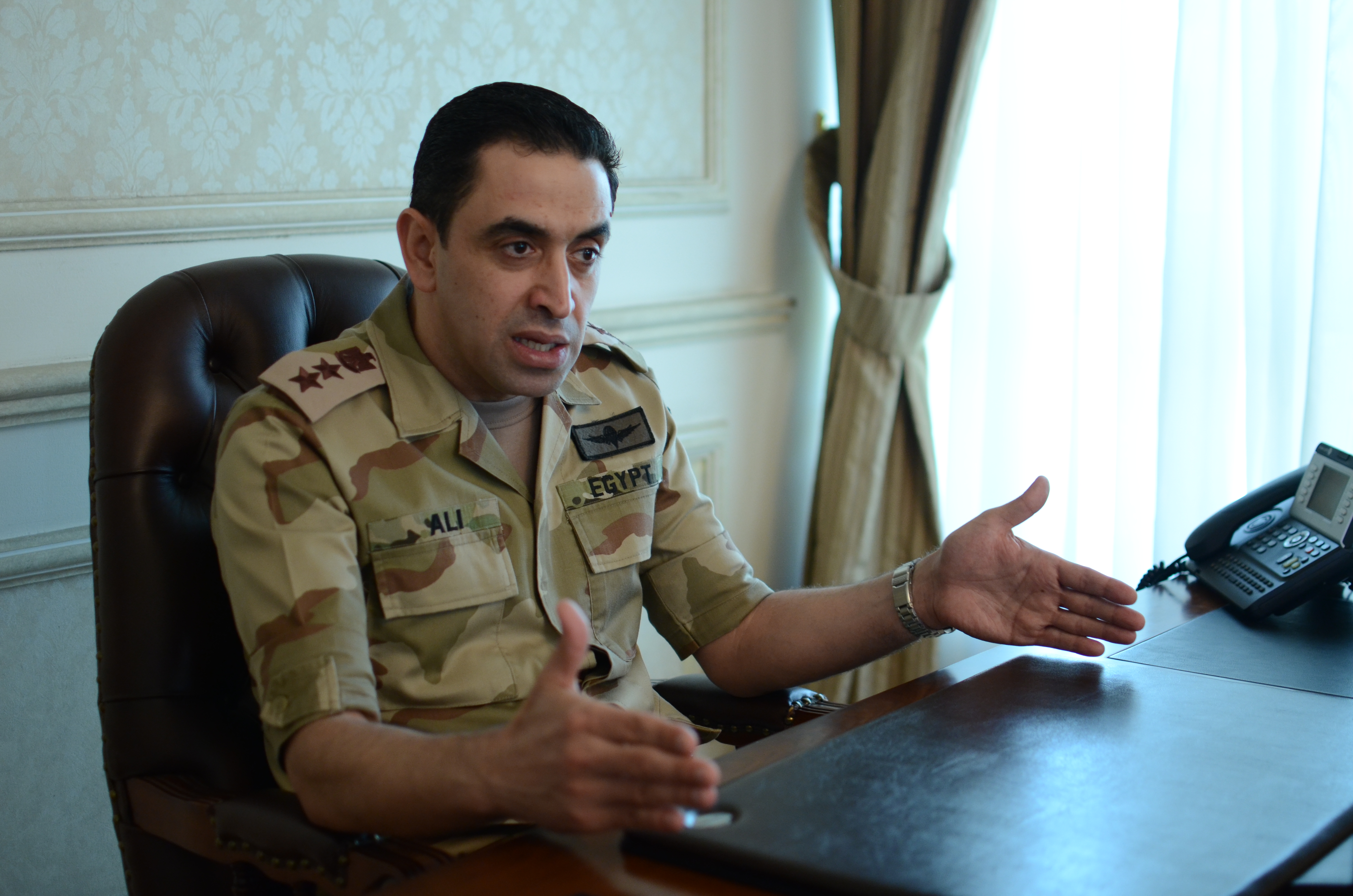 The portal cited a source close to Abdel Atty on Friday saying that a SCAF member met Abdel Atty  in his place of confinement  “to ask him to convince Morsi to resign his presidency post, in return for the halt of detentions of the Brotherhood members, and the release of the currently detained Brotherhood leaders.”

Ali denied these claims, saying that “such claims are unfounded; no meetings were held between Army leaders and [Abdel Atty] or anyone else”

The army spokesman affirmed the Armed Forces’ commitment to the roadmap, and that “it will not relinquish the gains of 30 June Revolution.”

Ali concluded by saying that the army warns against these “rumours”, as they cause what he described as “a danger threatening Egypt’s security and stability.” Ali asked the Egyptian people and media outlets “not to pay attention to these rumours, which are proven by the daily incidents to be false and have suspicious goals.”

Abdel Atty was referred to criminal court on 1 September 2013, along with Morsi and 13 others for their involvement in the Presidential Palace clashes. He was part of the team placed in custody with Morsi on the day of his ouster on 3 July.