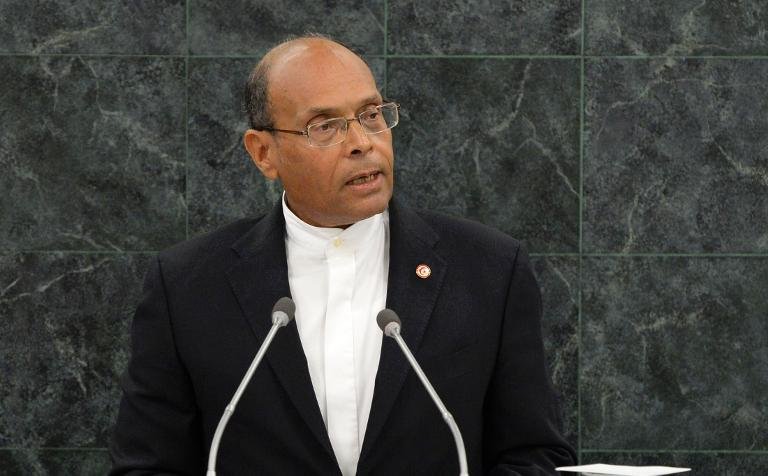 Egypt’s presidency condemned on Friday statements made by Tunisian President Mohamed Moncef Marzouki during a speech delivered to the United Nations General Assembly on Thursday.

Marzouki used Egypt in his address as an example to prove that creating democracy and civil institutions was “replete with difficulties”.

The presidency released a statement stressing that “Egyptians aimed at restoring the 25 January revolution to its true path and therefore the 30 June revolution broke out,” reported state-run news agency MENA.

“We regret the Tunisian President’s lack of awareness regarding what’s truly happening in Egypt,” the statement reportedly read. “We hope that Tunisia, which had the honour of launching the Arab Spring, could benefit from the Egyptian experience which proved that people reject the imposition of a certain model which fails to reflect their pious nature.”

Presidential spokesman Ihab Al-Badawi stressed that Egypt is closely following events in Tunisia. He said that there are attempts to “hijack the Tunisian revolution”, adding that it is of crucial importance that those in charge focus on the revolution to achieve the hopes of the “brotherly nation of Tunisia”.

During his address to the General Assembly, Marzouki called on Egyptian authorities to release ousted President Mohamed Morsi, suggesting that his release will “help end the political tensions and stop the violence.” He also urged all parties to return to dialogue.

The Egyptian Ministry of Foreign Affairs released a statement on Thursday night rejecting and condemning Marzouki’s statements. The ministry alleged Marzouki had called on Egyptian authorities to release “what he described as political prisoners.”

It added that all statements made by Marzouki to the General Assembly during his address regarding Egypt are not true. It challenges the will of the Egyptian people who took to the streets in millions on 30 June calling for a true democratic state which excludes no one, the statement read.

The situation in Egypt was also addressed by other speakers in the General Assembly session on Thursday. Donald Ramotar, President of the Southern American country Guyana, described what happened   in Egypt as a “coup”, saying it was “a blow to democracy that led to violations of human rights and more social unrest”. Manuel Nhamajo, transitional President of the African country Guinea-Bissau, hoped that “dialogue and diplomacy would prevail in Egypt and Syria.” Similar hopes were reiterated by the African republic Burundi’s Minister of Foreign Affairs Laurent Kavakure, who encouraged parties in Egypt, as well as the Democratic Republic of Congo, the Central African Republic and Syria, to “go to the negotiation table”.

Interim Foreign Minister Nabil Fahmy is scheduled to deliver Egypt’s speech to the 68th UNGA meeting on Saturday. The ministry spokesman said that Fahmy’s speech would “explain the principles and goals of the 30 June Revolution, defend it strongly, and aim to gather political and economic support for [the revolution].”