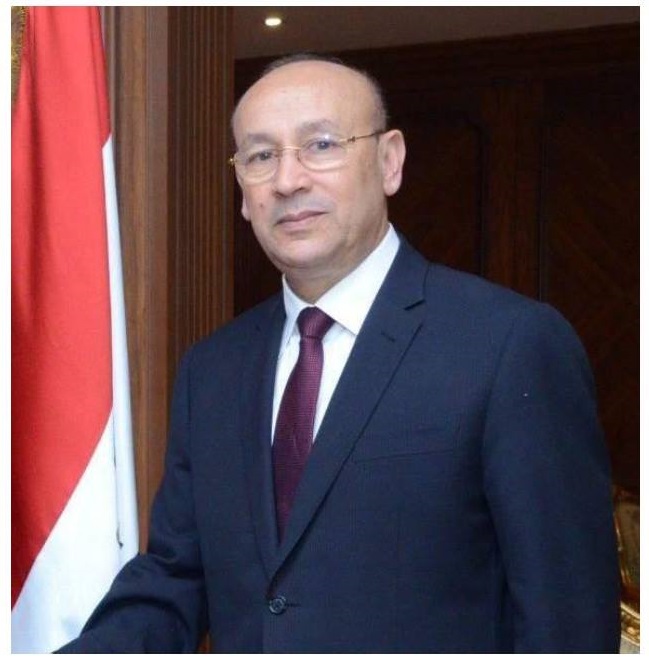 He added: “The Ministry seeks to renovate and expand the EgyptAir fleet, increasing its total number of aircraft to 81. The company currently possesses 17 older model aircraft, which it hopes to exchange for newer models within the coming months.” Some of these aircraft, he said, most of which are able to serve medium capacity flights, are more than 20 years old. A number of the company’s large capacity planes are over 15 years old. Such aircraft consume higher rates of fuel and require that additional fees be spent on repair and maintenance. That being said, recruiting new aircraft will increase the overall quality and efficiency of the fleet.

Fadel stated that the ministry seeks to increase the size of EgyptAir’s fleet to 120 aircraft by 2025, and 150 by 2050. He said that further plans are in place to increase the absorptive capacity of Egyptian airports, making them the largest air services centres in the Middle East and Africa region. He said that studies are being made to open up new routes leading to Dakar, Senegal; Kigali, Rwanda; N’Djamena, Chad; Abidjan, Ivory Coast; and Harare, Zimbabwe.

He stated that Egypt’s Civil Aviation Ministry relies on its own revenues and resources to fund projects and improve the quality of its fleet. He added that in the process, the Ministry has taken out a number of loans and accumulated large amounts of debt, despite increased risks seen in investing in the Egyptian economy, in addition to the country’s repeated credit downgrades. The Ministry’s total debt has been estimated at EGP 17.5bn, compared to EGP 11.5bn for Egypt Air and EGP 5.9bn for the Egyptian Airports Co.

The Ministry is currently finishing construction on an airport hotel, which will be administered by the “Le Meridian” company and will have a total of 350 rooms, a number of restaurants and a conference hall, at a total cost of EGP 600m. Construction of the hotel will create 400 new jobs, and will include 3 new passenger waiting buildings, in addition to overnight lodgings for airline crew members located next to the airport. Fadel added that since the beginning of 2013, the Cairo International Airport has received, on average, a total of 150,000 transit passengers per month.  He added that efforts were being exerted to exploit the country’s geographic location, in addition to EgyptAir’s extended international airline network, in order to make the Cairo International Airport one of the top passenger transit stops worldwide.

Funding for the new building would be provided by the Arab Fund for Economic and Social Development, with the project itself being implemented by the Saudi Binladen Group. The Orascom Group will also be tasked with constructing a new 4 kilometre long, 60 metre wide runway at a cost of  EGP486m.

He further discussed how plans to expand the Sharm el-Sheikh airport, to be able to absorb 18 million passengers annually, had been temporarily stopped due to the refusal of the African Development Bank to fund the project. He stated that EgyptAir plans to construct a new passenger waiting building within the Sharm El-Sheikh airport to raise its total passenger absorptive capacity, in addition to a new runway and 12 new loading bridges carrying 40 new aircraft waiting locations.

Fadel stated that the project could be finished within the next two years, in the event that the African Development Bank provides the necessary EGP 3bn in funding needed for its completion.  The bank has stated that it would like to re-engage in negotiations regarding the construction of the building.

Regarding the Cairo International Airport, he stated that all construction of new facilities was being implemented according to a specific time frame. Construction of an electricity power plant capable of producing 66 kilovolts of energy at a cost of EGP 253m is scheduled to be completed by the end of next year.  Further plans are also in place to conclude the development and renovation of additional cargo complexes by the end of the current year, at a cost of EGP 283m.

He added that plans to develop a passenger waiting building will include the construction of 7 additional loading bridges raising the airport’s total number to 14, in addition to 5 new car parking lanes at a total cost of EGP 2.3bn. Such plans will help raise the absorptive capacity of the Cairo Airport to 30.5 million passengers per year.

The Civil Aviation Ministry administers 23 airports, (11 international and 10 domestic), in addition to the Marsa Alam and El Alamein airports, which operate under usufruct schemes. Fadel stated that the first stage of the Airport City project will begin within the coming months after the conclusion of an international tender. The city’s total size is estimated to reach 10 million metres, at a cost of EGP 70bn, and is expected to create a total of 100,000 new jobs.

Fadel stated that the Ministry also sought to provide planes with new engines, in addition to improving airline navigation systems, the former at a cost of $100m. However, international monetary institutions seeking to fund the project, including the World Bank and the Export Import Bank of the United States, have faced obstacles in this regard due to the increased amount of risk encountered by companies and institutions seeking to invest in Egypt, in addition to the country’s repeated credit downgrades.

He added that the Ministry had also concluded studies regarding the Navi Sat Industrial Satellite programme, which he stated would improve the quality of air traffic navigation services and communication between airports and planes. He said: “We are searching for both foreign and domestic funders for the project, which is expected to cost a total of $800m. We expect the project to bring in a total of $4bn in returns by 2029.”

He stated that the Civil Aviation Ministry was coordinating with the ministries of Tourism and Antiquities to help revive the tourism sector and bring rates back to those previously seen in 2010. A total of 5.9 million tourists travelled to Egypt during the first half of this year, with the country reaping a total of $4.4bn in revenues. Fadel said: “We hope are cooperating with the Ministry of Tourism to help increase the amount of tourism entering the country. We have provided aviation companies whose aircraft land in Egyptian airports with a number of new incentives, including the removal of all landing and waiting fees for aircraft at the Luxor, Aswan, Assiut and Abu Simbel airports.” A similar 50% decrease in such fees has also been provided to companies whose aircraft land at the Sharm El-Sheikh, Hurghada, Taba and Marsa Matruh airports.

Fadel stated that he had reached an agreement with the Ministry of Antiquities to make a number of the country’s archaeological sites available overnight to passengers staying in Egypt while en-transit to other locations as a means of boosting tourism rates.

He added that a number of foreign nations have recently lifted travel warnings previously placed on Egypt; a fact which he says will help to spur tourism along with air traffic rates within the country’s airports.

A number of European countries placed travel warnings on Egypt after the army’s forced dispersal last August of the Rabaa Al-Adaweya and Nahda square sit-ins, composed of supporters of former President Mohamed Morsi. Travel warnings placed on Egypt by the Japanese government went so far as to advise citizens against landing in Egypt’s airports while en transit to other destinations. He stated, however, that the latter’s government will soon send security experts to the former in order to review the state of Egyptian security before deciding whether or not to lift the travel warning imposed by the government.