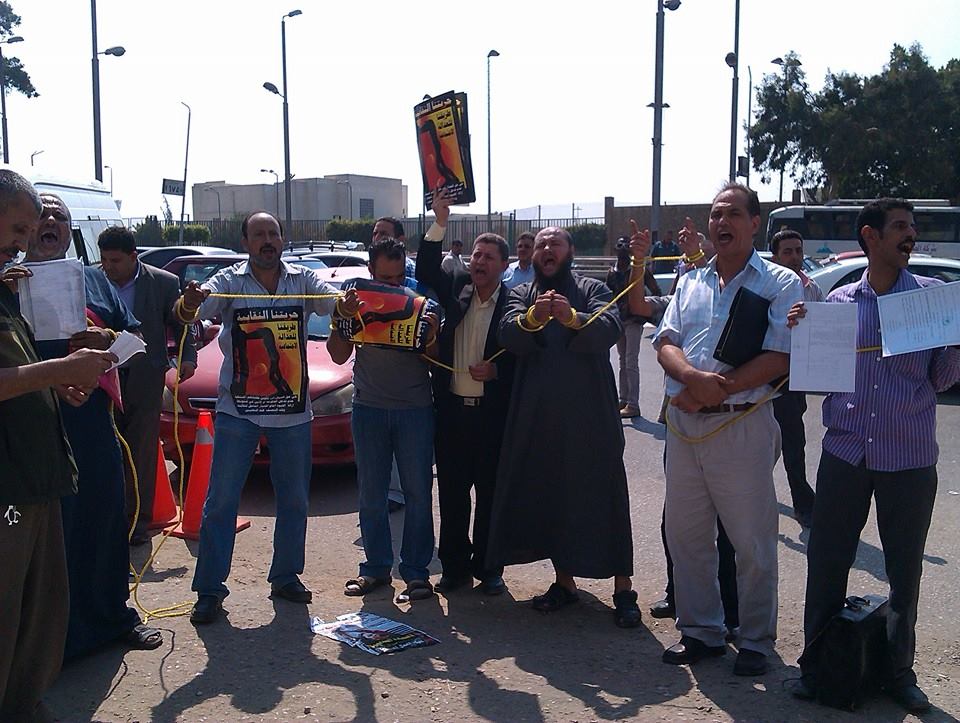 The Egyptian Centre for Economic and Social Rights (ECESR) began a sit-in on Sunday in front of the Ministry of Manpower and at 10 sites around Egypt to protest the unfair dismissal of workers from large companies.

According to a post on the group’s Facebook page, workers have repeatedly lobbied the Ministry of Manpower for protection from unfair termination and “abuse” from employers to no avail.  The sit-in will last until the workers’ demands are met.

ECESR spokeswoman Dalia Moussa said the workers are owed pay and are demanding they be reinstated to their positions, and if this is not possible, they receive salaries until they return to employment.

Moussa estimated that 100 workers were demonstrating outside the ministry on Sunday afternoon, with another 400 at the other protest sites across the country.

Initially, Minister of Manpower Kamal Abu Eita refused to negotiate with the workers, said Moussa, but negotiations began and were ongoing by afternoon.  Renowned lawyer Khaled Ali joined the negotiations on behalf of the workers.

Moussa said that 500 employees of large companies have been fired in the last 14 months, under the presidencies of Mohamed Morsi and Adly Mansour.  Additional sit-ins were taking place at the companies who terminated the workers, including the Misr Spinning and Weaving Company and Petroleum Projects & Technical Consultations.