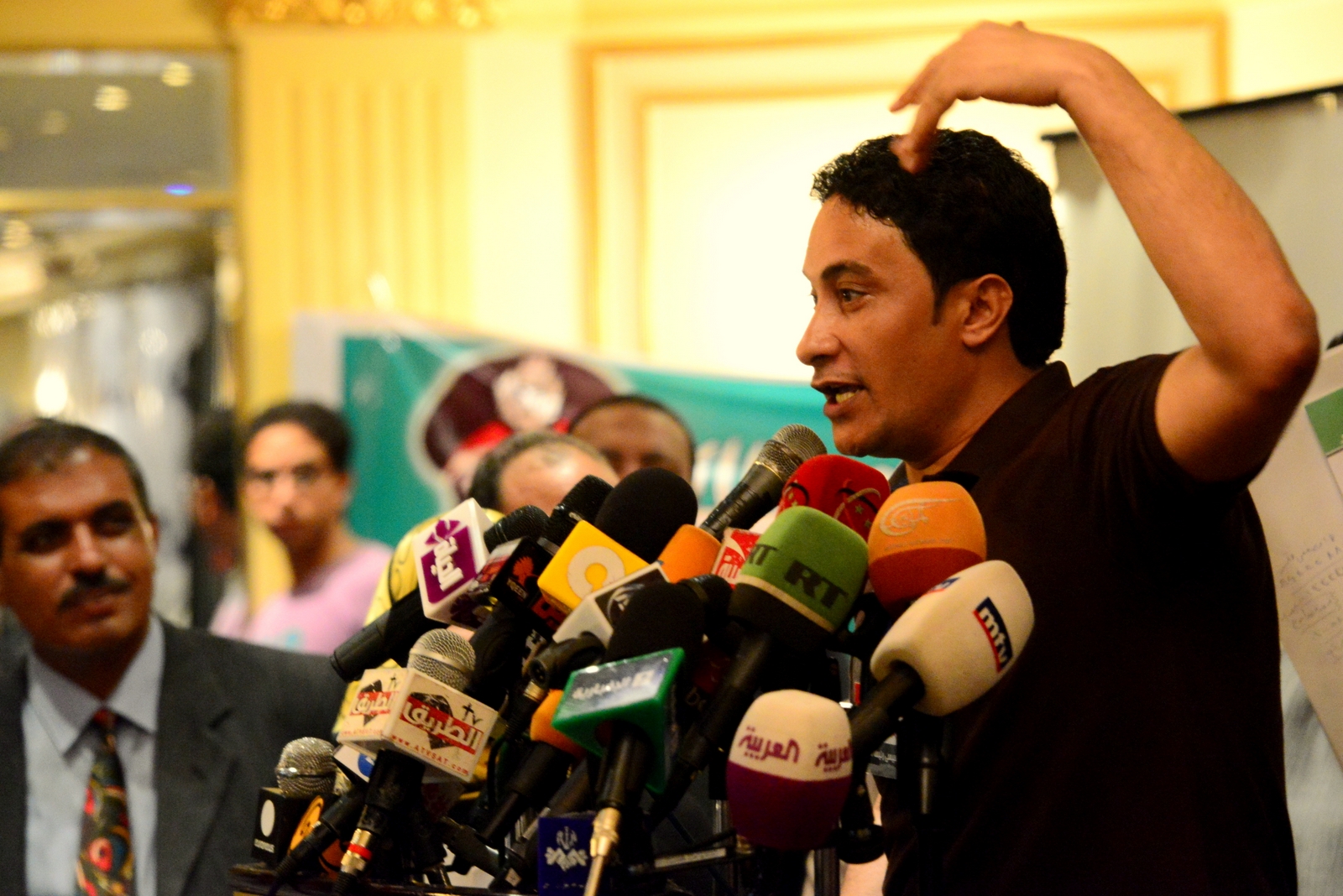 A campaign launched to convince Minister of Defence, General Abdel Fatah Al-Sisi, to run for presidency in the upcoming presidential elections announced on Monday that it gathered 3 million signatures in 20 days in support of Al-Sisi, according to the campaign’s general coordinator, Khaled Al-Adawy.

The “Kammel Gemilak” campaign head, Refa’i Nasrallah, said in a press conference that the campaign merged with four other campaigns for the same goal. Nasrallah added that the campaign will call for demonstrations on 6 October in Tahrir Square and in front of the Presidential Palace under the slogan “Returning the favour [to the Armed Forces] and supporting Al-Sisi for presidency”.

The National Coalition to Support Legitimacy announced earlier that they will organise marches against what they described as “the 3 July military coup” on the same day.

Al-Adawy commented on Al-Sisi’s military background: “The army is full of patriotic men, but we chose Al-Sisi for his humanity.” He added that Al-Sisi is a “national hero” and that his nomination for presidency is “a demand and a dream”. Al-Adawy also announced that the campaign “is preparing a surprise that will change Al-Sisi’s position of not running for presidency.” He did not disclose what it entails.

Among the press conference attendees were media personality Mostafa Bakry and former 2011 parliament member Mohamed Abu Hamed, who came to support the campaign.

Bakry described the merging of the campaigns as “steps to fulfil the dream and to oblige Al-Sisi to run for the presidency.”

Bakry said that ousted President Mohamed Morsi ordered Republican Guards commander, Mohamed Zaky, to detain Al-Sisi, Minister of Interior Mohamed Ibrahim, 36 media personalities, and Tamarod and National Salvation Front leaders on 25 June. Bakry claims that Zaki informed Al-Sisi of this decision. Al-Sisi said that he already had knowledge of the decision through “many state entities”, and ordered the army to deploy on the morning of 26 June.

Bakry addressed who he described as “the infidels from the fifth column”, saying: “Al-Sisi’s shoe is much [more] honourable than you are.”

Al-Sisi, who was originally appointed by Morsi, announced many times that he does not plan to run for president.