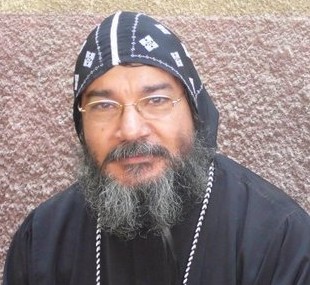 Bishop Makarios of Minya survived an attack on Monday morning when he and his vehicle came under fire.

The bishop, according to a statement issued by the Minya Diocese, was visiting the village of Garees in Abu Qerqas to offer condolences to the family of Karim Samir Lamaee, a Christian resident of the town who had sold property to donate to the Church and was subsequently killed, according to the bishop in an interview on CBC satellite channel.

The attack was carried out by unknown assailants, who opened fire on the bishop’s vehicle from 7am Monday for an hour and a half in which the bishop and those with him managed to find refuge in a home in the town.

The statement from the diocese added that the village was home to the Church of the Archangel Michael, which was closed ten years ago due to attacks carried out against it and the lack of security presence in the area. The communication from the diocese added that citizens in the area had lived “for years under the threat of arms and extortion, forcing half of its Christian and Muslim population to leave.”

The Minya Governorate saw some of the worst sectarian violence this summer following the ouster of former President Mohamed Morsi.

On Sunday the diocese released a statement praising fellow Muslim residents who had protected churches and provided refuge to Christians that had come under attack during the recent wave of sectarian turmoil, also highlighting offers of assistance the Christian community had received following attacks.

In August the Egyptian Initiative for Personal Rights said that at least 45 churches came under simultaneous attack during the violent dispersals of pro-Morsi sit-ins at Rabaa Al-Adaweya and Nahda Square, adding that the wave of attacks and sustained damage was “unprecedented.”