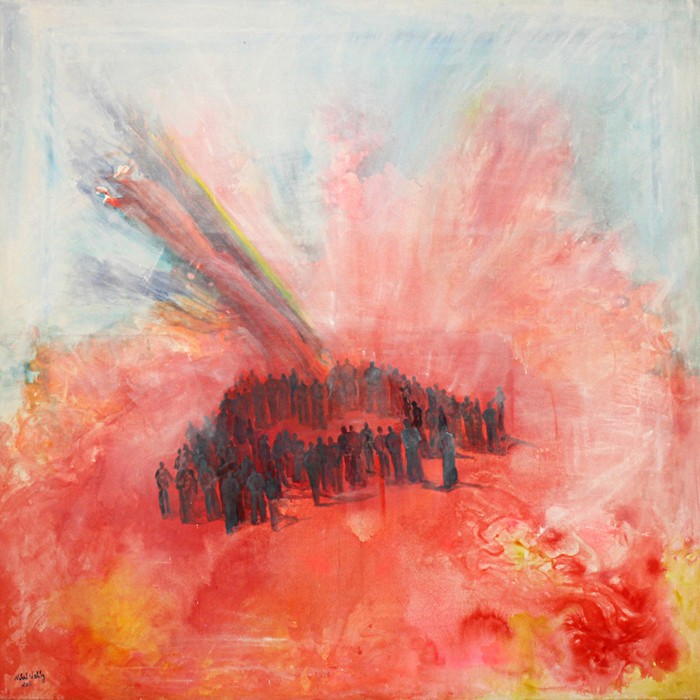 Egypt’s ancient history was not only written on papyrus or carved on stones, it was also woven in garments. That is what visitors of the textile museum will discover.
The Egyptian Textile Museum is the only one of its kind in the Middle East and it features collections from Ancient Egypt and the Roman, Coptic and Islamic eras. It is located in Al-Muezz Street, which makes it easily accessible for visitors, yet also works against it. Despite the fact that it is right at the heart of Islamic Cairo, most visitors of the street are too busy visiting mosques and buying souvenirs to make time to pay it a visit. When I went to the museum, it was empty.

The building itself is an architectural monument. It was built by order of Mohamed Ali Pasha in 1828 to serve as a good deed for the soul of his son, Ismail Pasha. At first, it functioned as a charitable educational facility, and later on it became the Nahaseen School, until its condition deteriorated because of the negative effects of the weather. In 2010, when the Ministry of Culture launched its Islamic Cairo renovation project in the Gammaliya district, the building was turned into the unique museum it is today.

The textiles of every era that are on display are beautiful and unique. The collection of Pharaonic textiles is extraordinary and includes gloves, belts, bed sheets, mummy covers, cushions, a bed with its cover and even diapers. There were also small statues of men, women, servants, and gods on display, with clothing carved on their bodies to show their different dress codes.

The ancient Egyptian textiles are all made of linen, as back then, the high quality cotton Egypt is known for today was not discovered yet. Textiles were an important part of Pharaonic life, as they were not only used as clothing and bedding, but also as payments in the barter system that was then in effect.

The section that displays the Roman era holds, beside the few textiles, a number of sowing tools like needles, spindles and thimbles. There is also a small model of an entire spinning and weaving workshop.

Moving to the Coptic section, it was obvious that this era witnessed an evolution in the textile industry in terms of colours, decorations and the extensive use of other materials, such as cotton, wool and silk.

The Islamic textiles area features different styles of beautiful Arabic calligraphy; the last room in the museum holds a cover of the Ka’ba, the sacred stone at the heart of Mecca, which dates back to the time of King Farouk.

Even though the different collections all have their interesting pieces, the Pharaonic textiles were better preserved, had a greater variety and were the most interesting.

The two floors of the museum are designed to preserve this interesting part of history for future generations by keeping the lights low and the temperature and humidity under strict control.

There are souvenirs for sale at the museum gate, as well as informative CDs about the museum and its history.