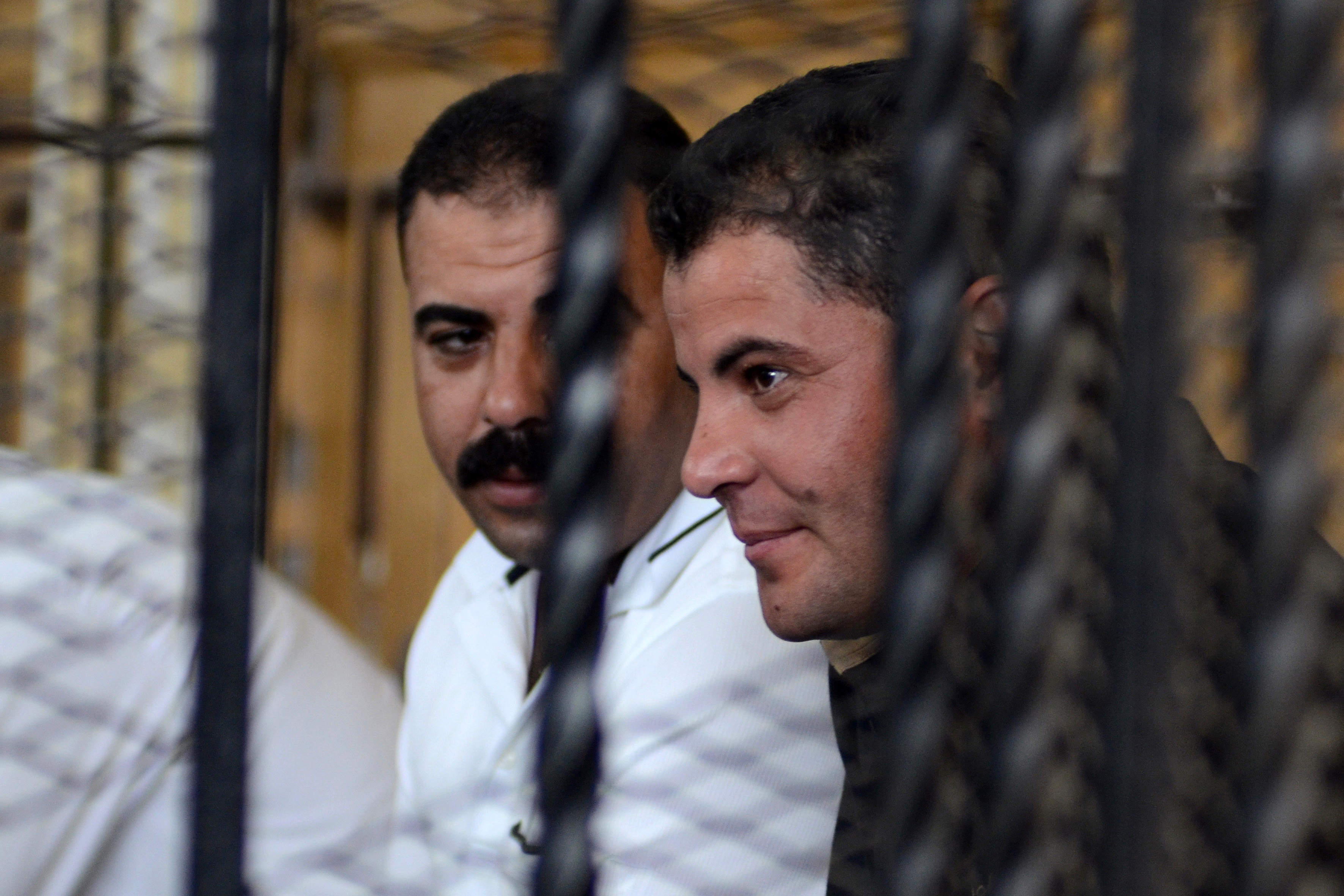 The Alexandria Criminal Court postponed the trial for Khaled Said’s murder on Tuesday to 2 December for the purpose of recalling two previous witnesses for the case.

Meanwhile, demonstrators protesting outside the courthouse were detained by security forces.

Mahienour Al-Masry, a lawyer and activist who was  detained briefly by security forces, stated that a small number of demonstrators were arrested after chanting against the police.

“Initially, we were pushed back from the stairs of the court to the Corniche; six, including myself, were detained and brought to the head of security’s office at the courthouse after chanting against the Interior Ministry…later on, several others were detained after being beaten badly,” Al-Masry said.

“Some of the detained were beaten, while several protestors are being treated for injuries at the hospital,” Al-Masry added.

“A complaint has been filed to the Attorney General of Alexandria and we asked for a forensic report to determine the harm to the injured,” Al-Masry said.

Ministry of Interior spokesman, Hany Abdel Latif, stated that the detained were held at the Alexandria Security Directorate, before Egyptian Initiative for Personal Rights lawyer, Hamdy Khalaf, confirmed their release.

The trial dates back to 6 June 2010 when members of the police force Mahmoud Salah Mahmoud and Awad Soliman tortured Said after arresting him without cause in the Sidi Gaber area in Alexandria. The victim died as a result of the torture.

The defendants were found guilty in October 2011 of unlawful arrest and excessive brutality, and were sentenced to seven years in jail. After appealing to the Court of Cassation, they were granted a retrial before a different tribunal.

Human rights lawyer and member of the Arabic Network for Human Rights Information, Gamal Eid, stated that the Ministry of Interior is against the revolution and its hostility towards the Muslim Brotherhood is equal to that towards the revolution.

“What security forces did today is evidence of the continuation of Mubarak’s regime; these are the same forces that killed Khalid Said,” Eid said.

Eid accused the current government of not providing any proof of its willingness to change the Ministry of Interior. He added: “The only way the corrupt ministry will change is through the application of a rule of law and not a rule of power.”